SUSHI Could Dump Any Minute as Creator Holds $27M in Tokens 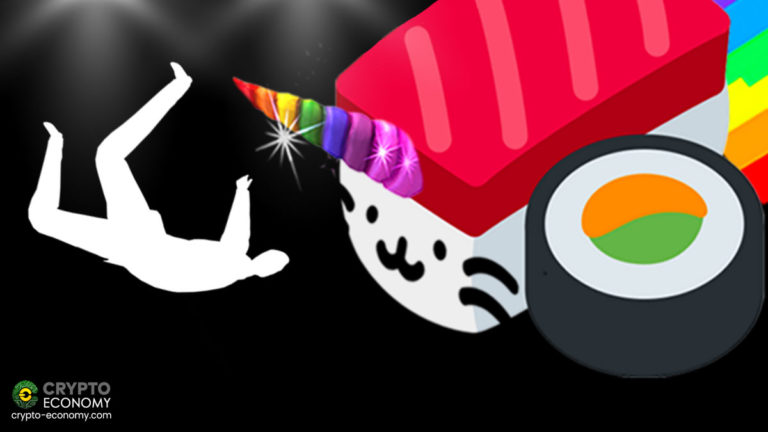 Yesterday’s bizarre SushiSwap launch, a platform which copied the Uniswap DEX code and added higher rewards, may soon leave investors as bagholders. Individuals on Crypto Twitter conducted research and discovered that the founder of SushiSwap owns $27 million of SUSHI tokens.

This information does not only alert SUSHI investors but Binance users as well. It seems that the leading crypto exchange may have not conducted its due diligence properly.

Only five hours after launch, the Uniswap clone managed to acquire $150 million in collaterized assets. Trading last week for only a dollar, the token quickly rose to $7 on launch yesterday. Moreover, Binance surprisingly decided to list SUSHI during the day, causing the price to surge to $15. However, a DeFi enthusiast on Twitter discovered that SUSHI’s price may revert any minute now. 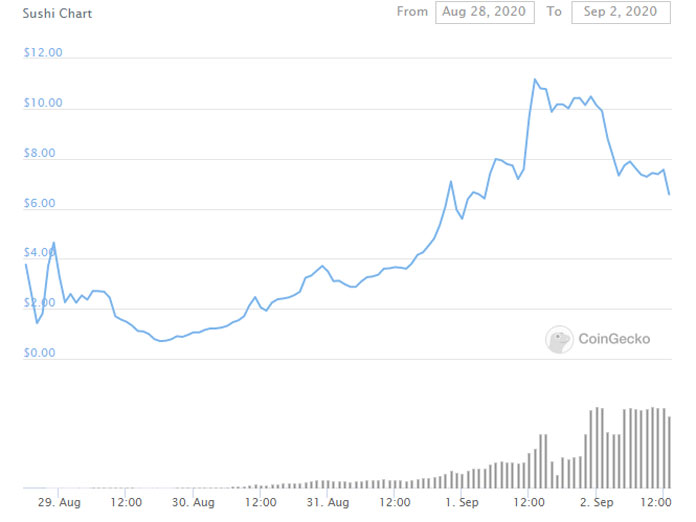 With the moniker cicnos1, the user informed the crypto community that the project’s deployer wallet contains $27 million worth of SUSHI. He implied that the assets are “ready to be dumped on the Sushi/ETH pool” and tagged the creator asking him what prevents him from doing so.

At the time of writing, the deployer wallet holds assets worth $22 million in total. Three million SUSHI tokens can be found but there are $4900 in stablecoins as well. With stablecoins present we may assume that the founder is already converting and selling some of his assets. Readers can check the wallet at the following address: 0xF942Dba4159CB61F8AD88ca4A83f5204e8F4A6bd

Following the first Twitter user’s discovery, Adam Cochran quickly analyzed the wallet and smart contract. Cochran describes himself as a professor, investor, and marketing executive who focuses on FinTech and AI. His chain of comments confirmed the fact that the discovered wallet is an ordinary generic wallet to which the creator has access to. With that in mind, he agrees that investors can expect the creator to ‘dump’ the assets on the market without any warning.

Cochran came to the conclusion after discovering that the developer funds are sent to a generic wallet with no time lock. The dev wallet neither abides to any governance rules voted by the community. This means that around $24 million are entirely free to sell without any repercussions.

The FinTech professor concluded that despite the team’s previous professionalism investors should take a ‘step back.’ To fix the issue and express trust, Cochran proposed that the creator should immediately move the funds to a governance vote locked wallet. The anonymous founder uses the moniker Nomi Chef and has still not responded to the community’s request.

Following the discussion on Twitter and sell offs after the Binance listing, SUSHI’s valuation quickly fell. According to data from CoinGecko, the token currently trades at around $6.58 with a further price decrease sure to follow. If malicious, creator Nomi Chef will surely dump his assets in the following hours. Otherwise, we can expect that he will implement the necessary changes to legitimize SushiSwap. In the meantime, we warn users to inform themselves further before investing in the project.