Compound, Earn Interest With Your Cryptocurrencies 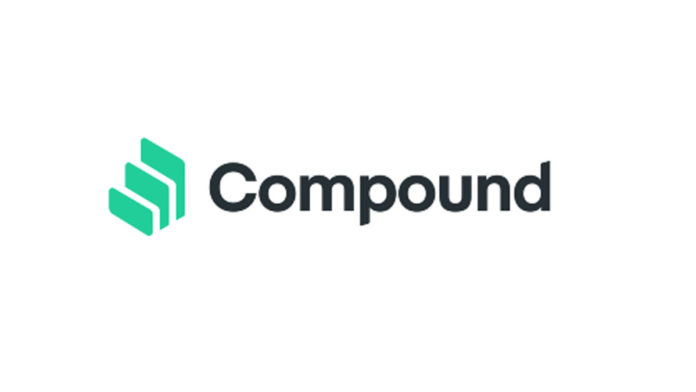 Earning interest from assets has always been an path for a stable income. People have done asset holding and interest rating on traditional financial markets. Now is the time for novel financial products like cryptocurrencies to offer similar services, that is why today we are going to talk about Compound.

Many crypto enthusiasts nowadays hold cryptocurrencies to store value. Ethereum tokens are among the most popular ones that next to various real-world use-cases, offer the opportunity if value saving.

Many blockchain projects have risen as a means to provide better financial management to this kind of users. They offer earning interest and borrowing tokens for coin holders. One of the ambitious ones is Compound, founded by a former economist, Robert Leshner.

Compound, in a nutshell, is a tool to store cryptocurrencies and earn interest or borrow tokens based on holdings. It provides an algorithmic, self-governing protocol mainly focused on developers.

The team focuses on open financial applications of the protocol and tries to emphasize the benefits of security and governing protocol of this automatic protocol. Many dominant investors support. Coinbase, a16z, paradigm, Poluchain Capital, etc. are between them.

The underlying protocol of Compound is an autonomous one that lives on the Ethereum blockchain. So, it only supports interest rate and borrowing for Ethereum assets.

Compound protocol isn’t like a traditional bank and doesn’t lend the user’s holdings to other users. It instead supplies the liquidity of a market by tokens, and users can borrow from that market. Supply and demand determine the interest rate in each market.

When users supply tokens to the Compound protocol, it uses a token named cToken to represent them. cToken is the primary token in the protocol and all of the trading, transferring and programming processes rely on that.

The automated nature of Compoundrotocol makes it possible to calculate the interest rate for holdings. Interest rates refresh with each Ethereum block production that is about 15 seconds.

[COMP] The Coin of Compound

COMP holders can use their tokens to debate, propose, and vote on all changes in the protocol. Any user or application (mostly DeFi) can hold COMP that makes it easier to create a more decentralized governance system.

The distribution system for COMP is designed to ensure all of the users, have the opportunity to vote and impact the decision making process. The protocol distributes 2,880 COMP tokens every day to suppliers and borrowers in the ecosystem.

The governance system in Compound protocol tries to showcase a fully decentralized infrastructure. The COMP token is the fundamental component of this system.

Relying on a coin for voting and governance application makes it possible to delegate the voting right. So, the users can delegate their COMP tokens to anyone to help them participate in the voting process.

Voting happens to decide many actions like adding support for a new asset, changing an asset’s collateral factor, changing a market’s interest rate model, or changing any other parameter or variable of the protocol.

COMP holders with at least 1% of the total supply of COMP in their address can even propose changes to the blockchain.

The voting process in this protocol happens in three days. Any proposal needs majority and at least 400,000 votes to be queued in the Timelock of the protocol.

Compound team claims the security to be the top priority in their development process. They have partnered with multiple groups to achieve safety and security at the highest level.

Trail of Bits and OpenZeppelin are the two primary security audits of the platform. The development process of protocol focused on security principles and has a Certora ASA verification.

The security of economic aspects in the system is tested carefully, too. Gauntlet has provided a platform to test the market stress on Compound by simulation.

The final goal is to make sure the protocol can withstand the added pressure after scaling. The development team runs a bug bounty program, too that provides the chance of getting a reward for security experts who analyze the protocol.

How to generate interest with Compound?

There are multiple ways to use Compound protocol and earn interest with it. As mentioned before, many blockchain teams provide an interface for it. But the first choice for many regular users is the official Compound Dashboard. The system currently supports BAT, DAI (from Maker protocol), ETH, USDC, USDT, WBTC, and ZRX, but will gradually add other Ethereum tokens as well. You have to follow the below steps to supply a supported coin to the protocol and start earning interest:

Compound offers a simple way to earn interest from stored Ethereum tokens. Its decentralized governance system is one of the most reliable ones in the industry.

After all, enabling developers and applications to integrate this protocol and provide interest-earning or borrowing options to their users makes it possible to grow the project faster.

It can expand its reach by increasing the supported tokens and even someday provide other features like interest earning from non-Ethereum tokens.

0
If you're interested in privacy, the Oasis Network is for you. It uses proof of stake and is fully decentralized. Oasis has a native...
Read more
CryptoNews

Compound [COMP] investors need to know about this

0
Ryan Watkins tweeted about the Q3 2021 Compound quarterly report with details about interesting facts in the protocol. The latest report talks about protocol-level...
Read more
CryptoNews

0
Some metrics in the Compound lending protocol show patterns from investors that are results of the latest movements in the market. Many of the...
Read more
Reviews

0
Bybit is a cryptocurrency exchange with numerous features and services for traders. It offers futures trading as well as other common trading products like...
Read more
- Advertisment -
Posting....