Home Tutorials How to mine Ethereum Part 3: The Mining Pools
Tutorials

How to mine Ethereum Part 3: The Mining Pools 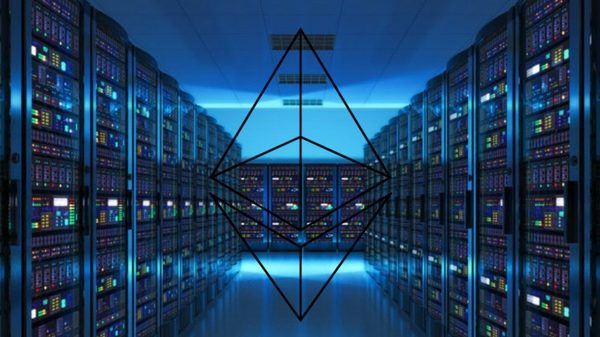 In this series of how to mine Ethereum tutorials we already talked about the RIG and the mining software. Before teaching them how to configure everything to start ether mining, we must talk about an extremely important factor such as the mining pools. If we really want to take advantage of mining, the best way is to join a group.

What are mining pools?

The mining pools are mining groups in which thousands of users join the mining power of their IBCs to break down a block as soon as possible. This combination is extremely useful due to the high competition that exists in the mining of ether.

As you well know, mining is a competition in which the prize is taken by the miner who first manages to break down the previous block and register the new transaction. This means that if you are mining a block and another node decrypts it first you are left with nothing to reward despite the time invested.

In the world there are users and organizations that invest hundreds of thousands of dollars in the construction of huge mining farms with unimaginable hashrate power. Racing alone is unworkable and practically impossible.

That is why the mining pool is born, so that users with less economic potential join forces and can compete with those huge mining farms that we mentioned at the beginning. The only disadvantage is that the rewards for mining are much less than alone. However, it is better to be in a group and get small rewards instead of mining alone and waiting for a loot that may never arrive.

How are profits distributed in a mining pool?

As we told you, the profits from group mining are not as large but they are much more recurrent. Once we decide to mine in a group, we must be clear about the methods of distribution of profits. Basically there are two classic types; PPLNS and PPS.

– PPS: translated into Spanish as payment per share (Pay Per Share). Every action that takes place has a value in Ethereum’s mining network, that value is what will be attributed to us every time we mine. If we tend to mine intermittently, this is the best way to pay for us.

– PPLNS: it is translated as payment for last n shares (Pay Per Last N Shares). This method of payment depends on the luck of the group. If in a certain period of time the group manages to break down “N” number of blocks, the rewards for the network will be greater. Obviously, if you do not manage to break down many of the profits will be lower, but for a person who keeps his RIG always connected, this method will bring you greater profits than the previous one.

Other factors that we must take into account are; The mining commissions, taking care that they are not superior to 2% because we will be giving away the work, and the minimum amount of withdrawal.

What are the best pools to mine?

There are hundreds of ether mining groups around the world. However, what the users have the most criticism are:

Ethermine is one of the best today. It works with a PPLNS payment system and its commissions are extremely low (1%). In addition, it has an extremely high hash power that allows it to process more than 30 blocks per hour, being one of the most powerful in the Ethereum network at present.

Ethermine has more than 200,000 active workers, which allows it to be so powerful. In addition, your payments are processed instantly and only the amount of 1ETH is required to request them.

Ethpool is a group with a solitary predictive system in which most of the profits are attributed to the miner who provided the highest mining power. In addition, it offers us a completely anonymous system in which our personal information will be protected. It has approximately 12,000 workers and breaks down around 5 blocks per hour.

Together with Ethermine they account for 25% of the power of the entire Ethereum network, positioning themselves as the most powerful mining pools at present. In the case of Ethpool, the commissions are 1% and we can withdraw from 1ETH.

This is a Chinese pool with a hash power that covers 24% of the network, being also one of the most powerful. It works with a PPS payment method and these are made daily without problems once the minimum withdrawal (1ETH) has been exceeded. The commissions are still very low and despite being an Asian website, it has an interface in English.

It is one of the least used in Europe and Latin America, but in Asia it is a benchmark in terms of Ether mining.

Let’s talk about Nanopool, a mining pool with 40,000 active miners who credit you with 15% of the hashrate of the Ethereum network at present. Like Ethermine, it distributes its payments with a PPLNS system and these are made several times a day as long as the minimum withdrawal is exceeded.

This pool has servers in Europe, Asia and America, being one of the most used internationally. It should be noted that Nanopool also allows us to extract Ethereum Classic.

MiningPoolHub is a less powerful pool but it is still very profitable. It has 7.6% of the hashrate of the Ethereum network at present and its rewards are distributed differently from the previous ones. Instead of a PPS or PPLNS system, they use a system in which the gains are calculated according to a transaction fee, a block search rate and other incomplete blocks.

Finally we have Dwarfpool, a pool with a power of 13% of the current network. It has servers in more than one continent and its commissions are 1% like its main competitors. The rewards work with a PPS system and the best thing is that they have a distributed infrastructure that allows you to process payments every hour without problems.

2Miners is the youngest pool in the row. It has a good design and a lot of interesting features e.g. rig monitoring bot. The minimum payment amount is 0.02 ETH and the pool fee is 1%. 2Miners pays all possible commissions even the transaction fee for payouts to miners. The pool has 2 different payout schemes: PPLNS and SOLO.
Facebook
Twitter
Pinterest
WhatsApp

0
If you are a token investor in the United States, the Securities and Exchange Commission (SEC) has an important message for you. In the...
Read more
Technology

0
There is no better time than to get involved in Ethereum than now, this is what Grant Hummer of Chromatic Capital says. In his...
Read more
- Advertisment -
We use cookies to ensure that we give you the best experience on our website. If you continue to use this site we will assume that you are happy with it.OkPrivacy policy