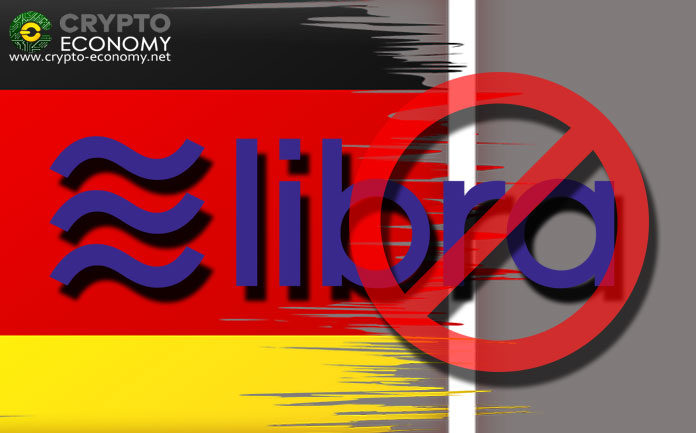 In a move aimed at defending the turf of Germany’s national currency, Angela Merkel’s cabinet approved a blockchain strategy on Wednesday that will prevent any issuance of parallel currencies in the leading European economy.

The cabinet is in support of the digital transformation of the Germany economy but is against the issuance of digital currencies by private companies, such as Facebook which is planning to issue a stablecoin dubbed Libra as early as 2020. According to a whitepaper released by Facebook in June, Libra cryptocurrency will be backed by a basket of sovereign currencies such as the US dollar and others but following Germany’s move, it seems that the country is indeed not supporting the inclusion of the Euro in that basket.

This move echoes France’s Finance Minister Bruno Le Maire’s comments he made last week during his opening speech at the OECD conference on virtual, cryptocurrencies. Le Maire warned of Facebook’s encroachment into the finance ecosystem with their Libra stablecoin saying that it is a threat to the “monetary sovereignty” of governments. “I want to be absolutely clear: in these conditions, we cannot authorize the development of Libra on European soil,” Le Maire reportedly said. France and Germany are influential economic players in the Eurozone block and their stands on the Libra cryptocurrency are noteworthy.

According to the Reuters report, Germany’s Finance Minister, Olaf Scholz echoed Le Maire sentiments about allowing private companies to create currencies that will compete against national currencies. He said,

“We want to be at the forefront and further strengthen Germany as a leading technology location. At the same time, we must protect consumers and state sovereignty… A core element of state sovereignty is the issuing of a currency, we will not leave this task to private companies.”

According to the newly released digital strategy on adopting blockchain, the Germany government will be piloting a new digital identity system that will utilize the blockchain as a way of studying the benefits of the nascent technology to the Germany nation. The newly signed document did not provide a timeline for the launch of the pilot program but revealed the government will employ the technology to record information such as civil status, document registration, passports, and ID cards.

“It will examine whether these blockchain-based digital identities provide clear added value compared to existing solutions and whether they can be designed in such a way that they comply with legal data protection requirements,” the document reads.

Germany’s move to block the issuance of the Libra cryptocurrency in Germany may be a step backward in terms of cryptocurrency adoption but its adoption of the blockchain technology may prove that all hope is not lost in the end when it comes to blockchain adoption.