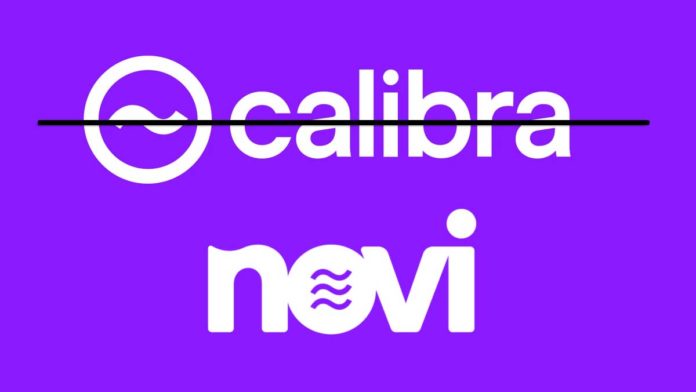 When social media giant Facebook revealed to the world its plans to dominate the global payments market last year it launched two entities to handle that task. The first was a Swiss-based not-for-profit association that initially onboarded Visa, MasterCard, and Stripe among other heavy-hitters in their industries. The other was the digital wallet that would be used to store the digital tokens on the Libra network.

To differentiate the two, Facebook named the later Calibra. It seems the distinction between the two entities was important for Facebook, however, the addition of a couple of letters was not enough to achieve what the company was aiming for.

“After announcing Libra last summer, it became clear that there was more confusion than we wanted,” Facebook exec David Marcus tweeted.

Marcus is the exec in charge of Calibra which has now been rebranded to Novi wallet to be controlled by the parent company Novi Financial. Calibra was also the Facebook subsidiary that represented its interests in the Libra Association, an association that the new outfit inherits by default.

Facebook made the announcement on Tuesday reiterating its commitment as described in the Libra whitepaper.

“While we’ve changed our name from Calibra, we haven’t changed our long-term commitment to helping people around the world access affordable financial services.” A

ccording to the announcement, Novi is scheduled to launch concurrently to the Libra Network, which is planned for later this year.

Facebook also revealed the inspiration for the new identity.

“Novi was inspired by the Latin words “Novus” for “new” and “via” for “way.” It’s a new way to send money, and Novi’s new visual identity and design represent the fluid movement of digital currencies. We’ve also included a nod to the Libra icon in the brand logo to underscore our commitment to the Libra network.”

The Novi wallet will be available as a standalone application for anyone without a Facebook account or not using WhatsApp, however, it will also be available on these Facebook platforms allowing anyone to be able to send and receive money akin to sending and receiving a message.

“There will be no hidden charges to add, send, receive or withdraw money and your transfers will arrive instantly,” the announcement noted.

Facebook, however, did not reveal any transaction charges that will be associated with using the wallet or the upcoming network.

The Novi wallet will ship with KYC and other fraud protection mechanisms whether or not the user is already a user of Messenger or WhatsApp. Users will need to sign up for new accounts using their government-issued IDs.

The announcement follows a series of new additions to the Libra Association membership as well as staff. The association has brought onboard two former FinCEN executives, the first one to head the association as CEO and the second to head the legal team.