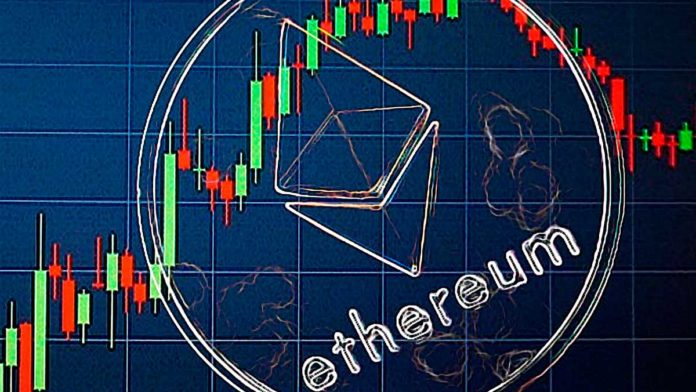 The coin plunged roughly 11 percent shrinking to as low as $2.3k as bears press their liquidation pedal, compounding the misery for HODLers.

Still, many are optimistic, expecting the coin to steady at spot rates and flourish specifically against Bitcoin.

Proponents of Ethereum cites its inherent programmability and incoming changes as prime factors that will thrust ETH/USD prices higher in the days ahead.

The selling pressure, pushing the coin to new lows in a correction, could be the pullback of a catapult, ahead of a mega ride high towards $4.5k—or better.

ETH/BTC Daily Chart Shows No Fear in The Crypto Market

Expressly, according to Delphi Digital, the ETH/BTC daily chart, despite technical candlestick arrangement suggesting fragilities, doesn’t point to general fear in the market.

At present, what’s needed is for Ethereum to decouple from Bitcoin.

Ethereum supporters expect this decoupling to take place in the next few weeks, especially after the activation of the London hard fork, integrating proposals of EIP-1559.

If the shift isn’t consequential to price action, ETH prices will rely on BTC’s performance in the short term.

ETH could rely on Bitcoin’s Performance

Visible from the chart, Bitcoin is under pressure as traders take profit.

Triggers of BTC’s sell-off include comments from Elon Musk about the network’s energy efficiency and rumors of government crackdowns.

Combined, these weigh down BTC which in turn causes a dump-down across the board. 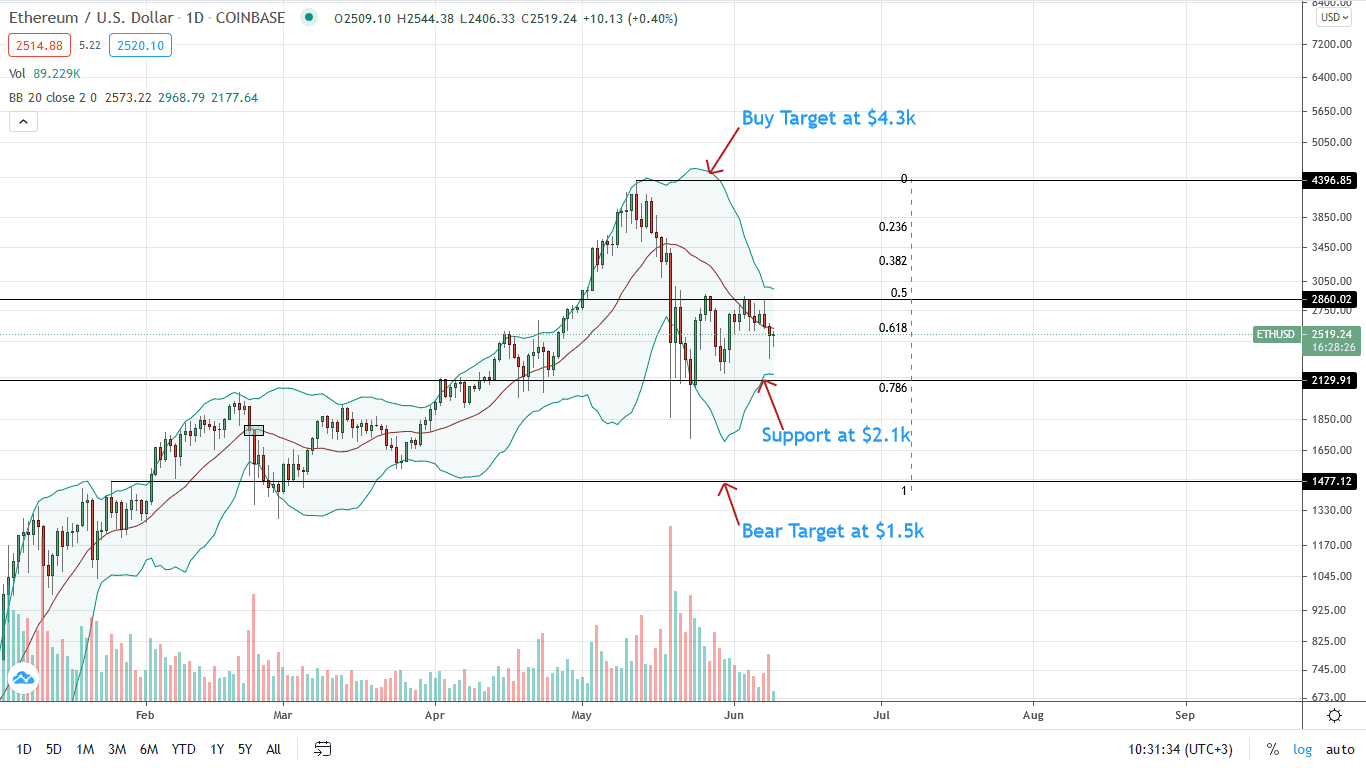 The ETH price is stable on the last trading day.

From the daily chart, ETH/USD contracted from $2.9k, printing lower and below the middle BB.

Even though prices are within May 24 bull bar, the May 19 bear bar defines the medium-term price action and carries more weight, according to chartists.

As such, bears stand a chance as we advance. However, if bulls clear $2.9k, rewinding losses of June 8, odds of a bull trend continuation towards $3.4k—May 19 highs—could be on the table.

On a more pessimistic analysis, confirmation of early this week’s losses is enough to push ETH back towards May 2021 lows of around $2.1k.

Further losses could trigger another wave of sellers, angling for $1.5k.

0
Ethereum and pretty much all other crypto assets are having a hard time coping with high turbulence as prices pull back from record highs....
Read more
CryptoCurrency News

This is why Ethereum (ETH) has comfortably surpassed $4.5K

0
The activity on the Ethereum blockchain is rising again, and it means more usage for ETH token that keeps it above the $4.5k line....
Read more
CryptoCurrency News

0
Many people are waiting for ETH to hit a new all-time high at $5K, but it seems a little problematic because of the network...
Read more
Price Analysis

0
Ethereum is shattering records and is a couple of hundred dollars away from $5k. A few months back, nobody could have thought ETH would...
Read more
Price Analysis

0
The Ethereum price is solid, outperforming the greenback and BTC on the last trading day. ETH is up seven percent versus the USD and trading...
Read more
Price Analysis