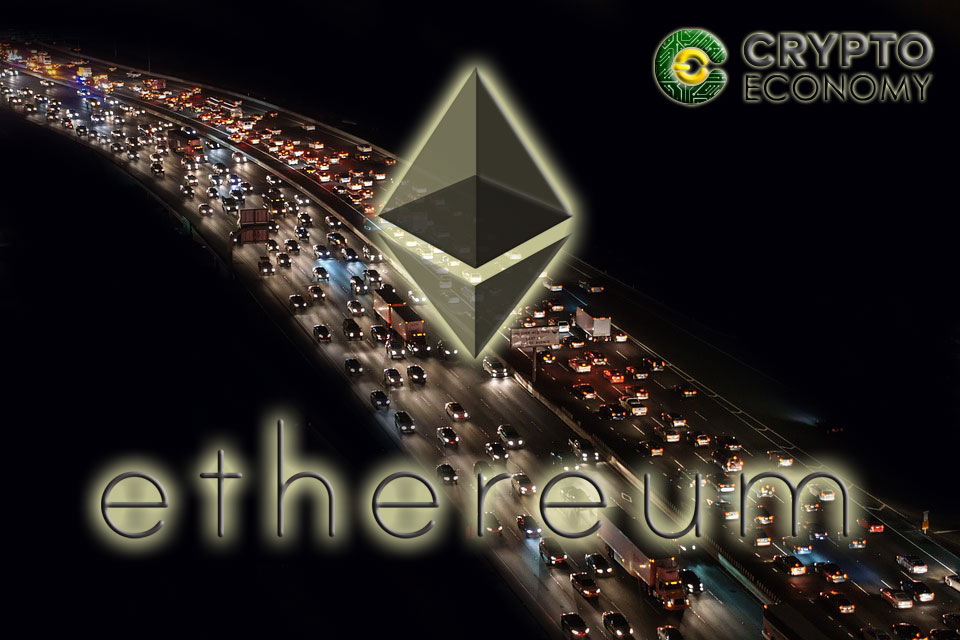 On the last days, the Ethereum network has been suffering a great congestion that has brought a notable increase in transaction rates (gas) , for its current price is competing with that registered back in January, even though its transaction volume has decreased more than 50%.

This congested and confusing scenario in Ethereum has been compared to that produced by the infamous Cryptokitties, on December 2017 – which at that time, practically managed to collapse the whole network, causing great inconvenience to users and Ethereum nodes operators, with the difference that this time, the bottleneck is not triggered by the virtual felines, but a proposal made by recently-founded, Chinese crypto-exchange FCoin.

According to a report published by Ethereum-based startup MyCrypto on its official Twitter account, the issue is due to the results of a voting system managed by the aforementioned cryptocurrency trading platform.

Such system established that, in order to vote for a new coin that will be listed in the exchange, users must deposit its tokens to Fcoin, spending at least 85 gwei per Ether. This way, they ensure that their transactions will be processed, and the currency with more deposits accumulated at the end of the voting period will be listed in the platform.

To this respect, MyCrypto wrote in a Twitter thread:

“Unsurprisingly, people who are financially incentivized to get a shit-token listed on a shit-exchange are sending these tokens en masse to separate accounts on the blockchain and then to separate accounts on the ‘exchange-who-must-not-be-named’ (…)and thus resulting partially (or entirely?) in the network congestion & high transaction fees that we’ve experienced these past few days.”

In the same thread, the company identifies the situation as a Sybil attack:

“This exchange apparently has come up with a mind-numbingly despicable voting mechanism that, quite literally, incentivizes Sybil attacks.”

Since its creation on May, 2018, the crypto-exchange FCoin has been strongly criticized for its business model. Now, with the last bottleneck caused by it, the displeasure among the crypto community is even greater.