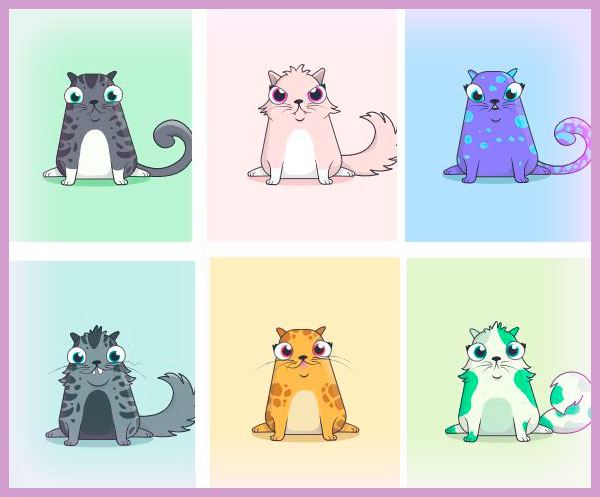 Everyone knows that Internet is ruled by cats. Whether in video, memes, comments or a dedicated subreddit, felines have taken over the virtual world with their unique personality, their nonchalance to other’s authority, their endless curiosity and their ability to stick themselves in the funniest situations possible. But whether it is the affinity for this specie felt by a lot of internet users, or because of some strange hypnotic control casted upon people, cats are loved for a lot of things (besides getting a laugh out of ourselves or make us die of tenderness).

With the boom that has supposed the blockchain technology, even to be considered a revolution that will guide us toward a new era, a lot of newbies and curious have been trying to grasp the reason for being people’s everyday talkabout. The thing is, this technology is so complicated even for those having quite a good amount of time in the media, and trying to explain it to someone can be a titanic task hard to accomplish without the appropriated pedagogy, or creativity needed to find an easy-to-digest method.

And this is where our friends came to save the day. Cryptokitties define itself as an app aimed to explain the blockchain technology, through a fun, entertaining game where you can breed, trade, buy or sell virtual kitties, using Ethereum’s platform, its wallets, tokens and smart contracts.

What can I do with these cryptokitties?


This startup, developed by Canadian company AxiomZen, find some similarities with other renowned games like Pokemon, or the popular Tamagotchi, or even online games like NeoPets.

The purpose of the game is breeding and collecting cats in order to trade or sell them to other players. If you can make yourself with two cats of different gender, you can mate them via a smart contract, so they have babies. These will generate a unique identity by combining that of their parents, and will also come with unique characteristics that make them impossible to duplicate. Then, you can trade them with real money, through Ethereum’s wallets and tokens.

With only three months of released, this startup have been a massive success, with a 15% of all Ethereum transactions attributable to the coming and going of these kitties as of today. Such craziness for this app find its reason in the need felt by people across the Internet for collecting rare and unique virtual objects, a passion shared by the likes of those playing competitive, online games such as Counter Strike Global Offensive, League of Legends or without stepping in farther, in similar concepts like CryptoPunk or Rare Pepes.

This way, the quoting of a bunch of pixels arrayed to form a little digital kitten reaches high values that make this app no only fun, but profitable. Another victory for Team Cat in their plan of world domination.