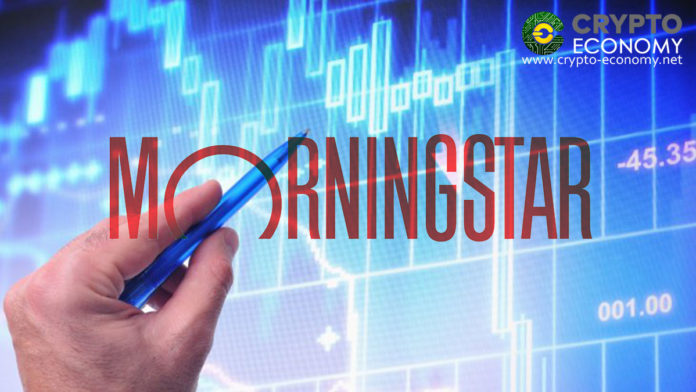 Chicago-based traditional financial instruments rating agency Morningstar Credit Ratings is venturing into the nascent blockchain industry where it will not only rate blockchain-based projects but also record its ratings on the leading smart contracts blockchain Ethereum.

Forbes reported the news this week basing its information on an interview with the agency’s COO Michael Brawer.

“We’re looking to see how we can provide credit opinions, whether it’s a credit rating or different types of credit data and credit analytics that accompany those debt instruments, and we’re also looking to provide our services on a blockchain,” Brawer told Forbes.

Morningstar has made its name through association with leading securities providers such as TD Ameritrade, Morgan Stanley and the like raking up more than $1 billion in revenue over the last year. The agency rates both public company and government-issued bonds as well as exchange-traded funds (ETFs) giving each product a rating of between 1 and 5 in terms of its returns factoring in its risk elements.

With its latest foray into the blockchain world, Morningstar will be rating products and securities issued on the blockchain but backed by offline assets such as real estate.

“We’re working very closely with a number of blockchain-oriented firms who are looking to issue debt instruments on a blockchain,” Brawer said.

According to Brawer, the new system will utilize a price oracle technology to record data to the Ethereum blockchain but don’t mistake these records to be decentralized in any way. They will be controlled by the agency and only viewed by its customers. The only purpose of using the blockchain is for the integrity and immutability properties of the data on the blockchain that the agency was going after.

It seems, according to Brawer, that Morningstar is looking to use a number of blockchains to record its ratings data starting with Ethereum. The ratings will be rolled out before the end of this year while other premium complimentary services will be rolled out next year.

The Morningstar crypto rating feature is a great addition to the blockchain space as more traditional investors developing more interest in the technology. Weiss Ratings, also with a background in traditional securities ratings launched a blockchain rating service for digital assets similar to Morningstar’s but Weiss Ratings’ product focuses on the assets themselves but not on derivatives. Weiss spun out a division called Weiss Crypto Ratings to handle blockchain assets.

0
The cryptocurrency sector is constantly growing and evolving, in addition to the growing interest of people in the blockchain and the economic revolution that...
Read more
Companies

0
Law enforcement authorities in Tokyo have arrested two person accused of stealing bitcoin worth a total of around 78 million yen from the trading...
Read more
Economy

0
If you think that digital currencies are a passing fad, then you have another thing coming because now various governments are about to join...
Read more
Bitcoin News

0
The cryptocurrency derivatives market is booming right now and if you are watching the markets you may have noticed a trend in which institutions...
Read more
- Advertisment -
We use cookies to ensure that we give you the best experience on our website. If you continue to use this site we will assume that you are happy with it.OkPrivacy policy