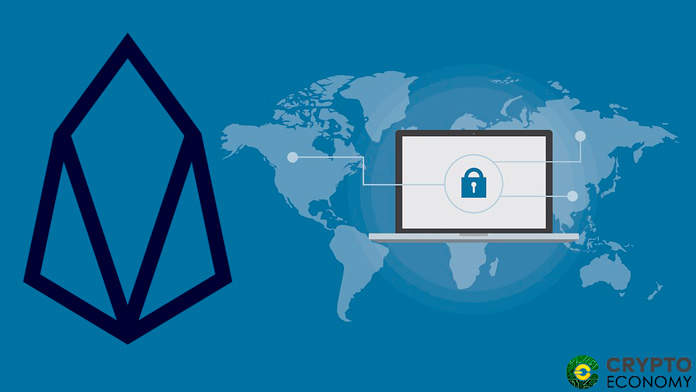 The speedy improvements in digital technology have brought forth new challenges around data privacy and security over the past several years. These include hacks, identity thefts and other online violations of privacy.

This has therefore made addressing the challenge of how to secure the internet the primary motivation for the blockchain community. Blockchain technology can be applied to any activity that requires a database. It tactfully tackles issues related to security, authentication and privacy.

This technology makes data immutable. This is to imply that, once transactions are made, the records cannot be altered. This ensures a whole new level of not just security but also transparency. What’s more interesting is the fact that the administrators in a blockchain platform cannot have access to users’ passwords. Instead, users have their own private keys.

Newer blockchain platforms such as EOS have taken blockchain security to a higher level. They’ve done so by providing incredibly strong systems that allow different levels of access to the network. These systems can be customized and governed by atomic actions, which are indivisible sequences of primitive operations that must be enacted without interruption.

EOS is simply a decentralized platform for the development of applications. It is highly committed to respecting the privacy of its members, keeping their personal data in the strictest level of anonymity.

The EOSIO protocol is decentralized. Therefore instead of uploading data to a cloud server or storing it in a single location, it breaks down everything in smaller chunks and distributes them across the entire network of computers. In EOS blockchain technology everything is encrypted hence making the system virtually impossible to hack.

The Hackathon series brought together over 90 teams and 468 participants from all across the world. Winning projects included a distributed managed security service for smart contracts, smart EOS accounts for automation and security, among many others.

All the ideas presented demonstrated a world strengthened by blockchain technology. This new technology is one of the biggest inventions in technology and merged with EOSIO, it will transform the world to a whole new level.

0
A number of industries, including the supply chain, can benefit from the use of blockchain technology and be pushed to a much higher level...
Read more
CryptoCurrency News

0
Solana is amongst the most popular blockchains in the crypto industry. However, the network is going through a tough time lately. Within a span...
Read more
- Advertisment -
Posting....