Home CryptoNews EE.UU, Enters a Technical Recession, is the Reason for the Crypto Rise?
CryptoNewsEconomyFeaturedMarkets 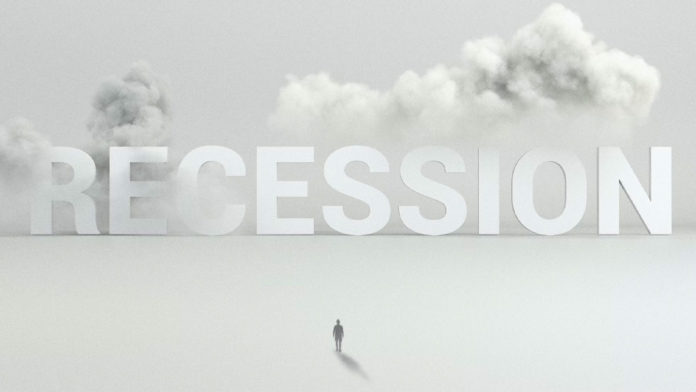 Fox Business reported that the US economy had entered a technical recession after growth dropped 0.9% in the second quarter, according to a report from the business news network. According to the data, consumers and businesses have pulled back on spending as a result of high inflation and higher interest rates.

What Are the Consequences?

“Policymakers will no doubt be tying themselves in knots trying to explain why the US economy is not in recession. However, they make a strong point. While two consecutive quarters of negative growth is technically a recession, other timelier economic data are not consistent with recession.”

As per the National Bureau of Economic Research (NBER), which tracks economic downturns, a recession is technically defined as two consecutive quarters of negative economic growth in a particular industry. In addition, recessions are characterized by high unemployment, low or negative growth in gross domestic product, falling incomes, and sagging retail sales.

During the winter of 2010, the Consumer Price Index (CPI) showed that Americans spent far less than they did during the winter, with personal consumption expenditures rising by only 1% during this time period as high inflation continued to erode Americans’ purchasing power.

It’s no surprise that the headline GDP slowed in the second quarter, but personal consumption, which provides a good indication of how the US consumer is doing, grew 1%, compared with 1.8 percent growth in the first three months of the year, according to the Financial Times.

Despite this, cryptocurrency price charts may rise as a result of this recession. During previous recessions, we have seen that people will seek refuge in crypto markets when the traditional markets go into recession, as we have seen in 2008 and 2020.

There is no doubt that cryptocurrency is on the rise, and we have seen it record $23.6K at the time of writing. Bitcoin – and other cryptocurrencies – may move higher in the coming days and weeks due to the latest news regarding a recession. After all, the crypto market may follow the traditional ones, too. This has happened in some incidents in the past.

0
As a result of new data showing that inflation might be peaking, most cryptocurrencies rose today after the news broke. In the last 24 hours,...
Read more
- Advertisment -
Posting....
We use cookies to ensure that we give you the best experience on our website. If you continue to use this site we will assume that you are happy with it.OkPrivacy policy