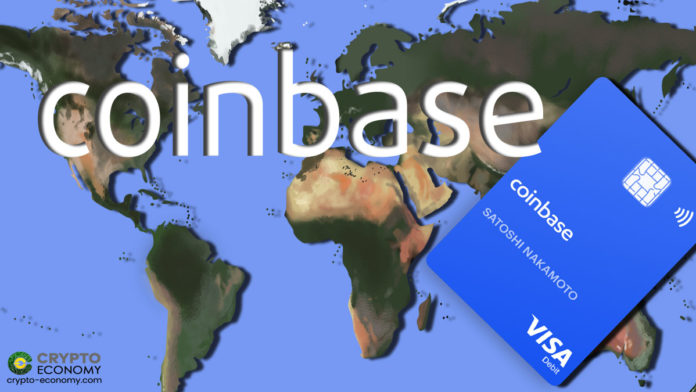 In second tweet, the Coinbase Card announces that its services are now available in 10 more countries which include Bulgaria, Croatia, Denmark, Hungary, Iceland, Liechtenstein, Norway, Poland, Romania, and Sweden.

Coinbase Card was first launched in England in the month of April of this year. This visa debit card allow customers to spend crypto balance directly form their Coinbase account balance. It enables users to withdraw cash from ATM which are free up to a certain limit. A supporting app is also available on iOS and Android which allows users to choose their spending wallet and has features like spending summaries, receipts, and instant notifications.

In order to complete the purchase, Coinbase converts customers’ crypto funds into fiat money for a fee.

JD Millwood, Head of Marketing at Coinbase UK, in a statement, said:

“Since launching earlier this year, Coinbase Card has helped tens of thousands of users spend their crypto as easily as the money in their bank accounts. With Christmas approaching, the demand for Coinbase Card will be will higher than ever.”

The Biggest names in crypto world are launching crypto debit cards such as the Litecoin Foundation, who announced on June 18, 2019, that it has collaborated with Bibox Exchange and Ternio to release a special edition Litecoin BlockCard.