Circle Cofounder Sean Neville to Step Down as Co-CEO 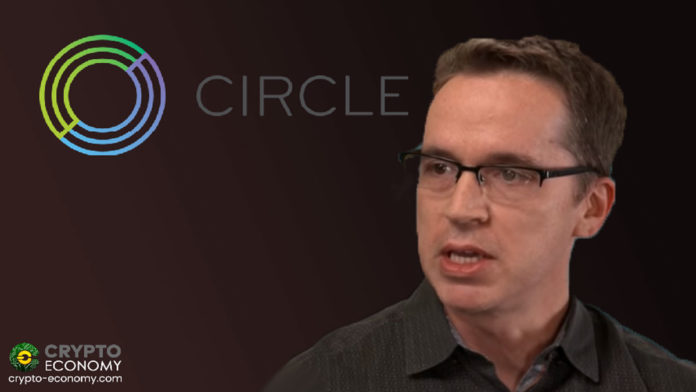 Cryptocurrency finance firm Circle’s co-CEO Sean Neville is set to leave his position at the end of the year according to a company email he wrote to investors and employees.

In the email, which was revealed to journalists on Wednesday, Neville reveals that he will retain his position in the board as an director while he co-founder and co-CEO Jeremy Allaire will become the sole CEO of the company starting January 1st next year. Neville does not disclose the reasons for his exit in the email, however, he does mention that the recent sale of the Poloniex cryptocurrency exchange among other things made “the time appropriate for me to transition.”

Neville and Allaire founded Circle in 2014 as a peer to peer payments firm. In 2015, the company became the first to receive the highly coveted BitLicense from the New York Department of Financial Services (NYDFS). Circle acquired Poloniex at the start of 2018 for a reported $400 million but the exchange operations went downhill after the acquisition with dwindling volumes and users as the brutal cryptocurrency bear market stretched to 2019.

In October, the company announced the sale of the exchange to an unidentified group of investors led by Tron wunderkind Justin Sun. Following its sale, Poloniex has rebranded to Polo Digital Assets and will block out its services to US residents for regulatory reasons.

Neville will continue working with CENTRE, a project that was birthed in collaboration with popular cryptocurrency exchange Coinbase which is responsible for issuance of the stablecoin USD Coin [USDC].

“I also expect to propel the mission forward through CENTRE and other new complementary paths that traverse worthwhile challenges in infrastructure, regulatory policy, economics, and product design,” he explained in the email. “As always, I remain stubbornly optimistic about our ability to devise and execute well-crafted things that improve our collective future.” As part of the transition, Neville will be taking a sabbatical of an undisclosed timeframe.

Circle announced earlier this week that it would start charging fees to the US resident users of Poloniex who are yet to withdraw their assets from the exchange. In the December 3rd announcement, Circle warned that there will be two fees Poloniex US customers who do not withdraw their assets may be subject to a monthly service fee while a user continues to have assets stored on the platform, and a one-time dormancy fee when an account becomes dormant per the terms of the applicable regulations. US users who still have balances on the platform have until December 16th to withdraw their assets or risk losing them due to the fees applied to them for storage and maintenance.