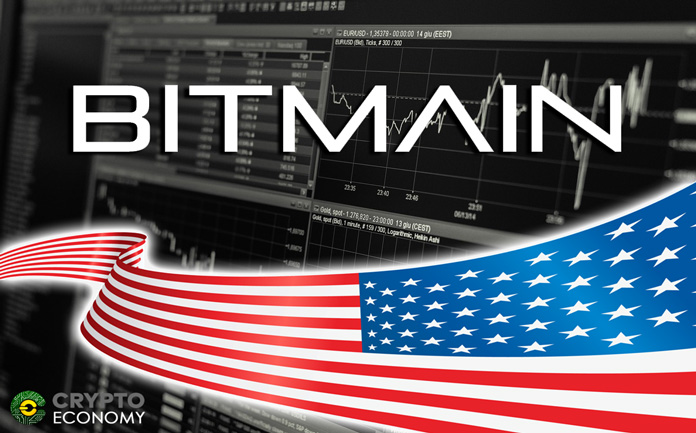 Rumor has it that Chinese cryptocurrency mining giant Bitmain is seeking to revive its quest to list its shares publicly again after an initial attempt to list them lapsed earlier this year. Initially, the company sought to list its shares on a Hong Kong regulated shares exchange but its September 2018 filing hit unexpected roadblocks and lapsed on March 26th, 2019.

Now, as recently reported, people with knowledge in this matter have stated that the company is now looking west to launch its IPO on a stock exchange regulated by the United States. Bitmain would be working with advisers in the preparations to launch a sale of shares in the US, and could take place in the second half of the year.

The informants also stated that Bitmain will significantly reduce its fundraising target from its previous $3 billion to about $300 to $500 million, however, the talks are still in early stages and this figure could change on the final filing documents with the United States Securities and Exchange Commission (SEC). Bitmain was initially valued at $15 billion last year following the conclusion of its private funding round. Its Hong Kong IPO would have propelled the valuation of the company to $18 billion making it one of the most valuable if not the most valuable cryptocurrency based company.

Rival cryptocurrency mining company Canaan Inc. is also reportedly looking to publicly list its shares on a US regulated stock exchange after its similarly filed Hong Kong filing lapsed last year. However, their plans would not be as advanced as those of Bitmain. Ebang International Holdings Inc., yet another cryptocurrency mining chip manufacturer, which also filed for an IPO in Hong Kong, saw its filing lapse this week and the company has not provided any plans on the way forward as of press time.

This news comes on the heels of Bitcoin rally that has been building for the last three months. In addition, it seems the infrastructure to support institutional traders is almost ready as Bakkt is launching its test platform this coming month and Fidelity’s Digital Assets arm is slowly opening up its doors to more institutional investors on its platform. Bitcoin has rallied to new yearly highs as more bullish news on the state of the cryptocurrency market saturates the crypto space. The bitcoin price surged on June 22nd to new year-to-date highs of $10,980 on Bitstamp, a price point only last recorded back in March 2018.

0
The Ukrainian Parliament has passed a law that makes Bitcoin a legal and regulated entity in the country. According to Ukrainian government’s website, the bill...
Read more
- Advertisment -
We use cookies to ensure that we give you the best experience on our website. If you continue to use this site we will assume that you are happy with it.OkPrivacy policy