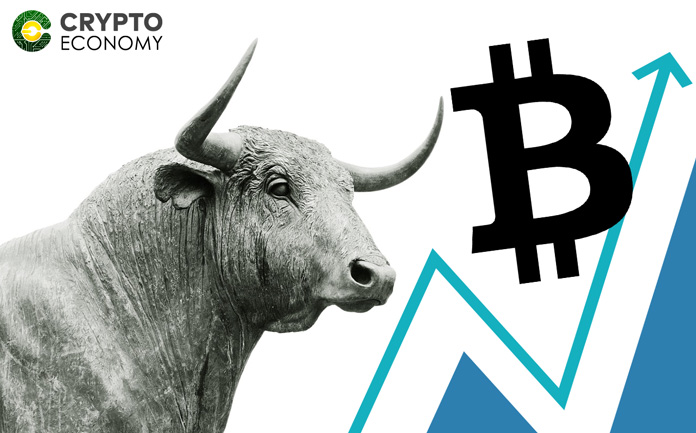 Bitcoin, the flagship cryptocurrency has maintained its quarterly uptrend breaching the highly anticipated $10,000 mark on Saturday morning June 22nd. As anticipated by most analysts, the leading cryptocurrency’s price has rallied more than 10% in the last 24 hours to reach a yearly high of $10,915 on the Luxemburg cryptocurrency exchange Bitstamp. The coin is currently trading at around $10,800, which is about 10.4% gains in the last 24 hours, the biggest gains amongst the biggest 20 coins according to CoinMarketCap.

Right on the heels of the Bitcoin price is Dash and Ethereum’s prices both posting about 7.8% and 7.6% gains in the last 24 hours. Bitcoin Cash[BCH], Binance Coin [BNB] and NEO have also posted modest gains in the range 5-6% in the same time frame with the rest of the leading coins seeing about 2-5% gains. The entire market cap for cryptocurrencies has trailed the Bitcoin gains jumping up close to 7% to reach yearly highs of $324.57 billion. 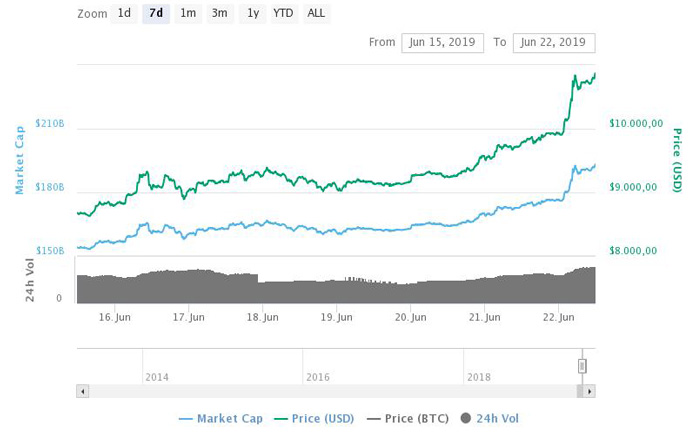 This week also saw the rise of the Bitcoin mining hash rate to new all-time highs as was reported by Blockchain.com  on Wednesday, June 19th. Previous highs of about 60 trillion hashes per second (TH/s) were breached as the figure rose to 65.19TH/s. This is interpreted as a bullish sign as Bitcoin has previously shown a trailing effect towards the hash rate, which also shows the level of interest by miners to mine bitcoins.

Finally, Bitcoin halving is also fast approaching. The period reduction of the bitcoin mining rewards by half is scheduled to occur sometime in May 2020. Previous halvings have been associated by massive bull runs which lend most speculators to anticipate another bitcoin rally come this May 2020.