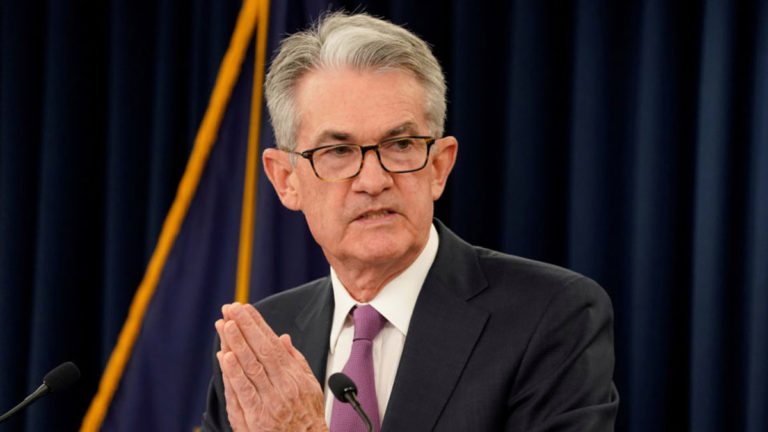 Jerome Powell, the chairman of the US Fed, the central bank of the US, says that a final decision about issuing a central bank digital currency (CBDC) has not been made yet, citing the need for further consultation with people involved.

According to the publication of Bloomberg on Monday, October 19, Powell, in a panel hosted by the International Monetary Fund during its annual meeting, said that a CBDC should be a compliment, not a replacement, to cash and therefore, required further work and extensive public consultation with stakeholders before doing so.

The superpower always very cautious about digital currencies but it changed in August when, as reported by Crypto Economy, Fed announced that its Boston branch was developing a hypothetical Digital Dollar for research and experimentation program to enhance its understanding of the opportunities and risks associated with central bank digital currencies (CBDCs).

According to his speech at the IMF’s annual meeting, the Fed is looking to improve the US payment system and to accomplish this, the research is still going on.

“It’s more important for the United States to get it right than to be first given the dollar’s important role globally. It is essential that we remain on the frontier of research and policy development. We are committed to carefully and thoughtfully evaluating the potential costs and benefits of a central bank digital currency for the U.S. economy and payments system. We have not made a decision to issue a CBDC.”

He further said that a CBDC might improve the payments system and it was the main area of their research.

The US Digital Dollar movement was mainly triggered by Facebook’s cryptocurrency project Libra. Talking about Libra, he admitted that it “highlighted the need to improve cross-border payments, and generally succeeded in focusing attention on payments-related issues, including consumer protection, cyber-security, and privacy.”

CBDC is currently a hot topic among central banks around the world. Central banks from Canada, China, Japan, and Sweden are also studying the feasibility of CBDCs. China has already started testing its digital Yuan. Japan is going to start early phase experiments next year. The Bank of Canada has launched a formal research project that has partnered with other monetary authorities.

Many of the regulatory questions are unresolved, but these efforts prove that national digital currencies are an inevitable future.