Home Opinion CBDCs Are Not Only Bad for Crypto but for the Future Financial...
FeaturedOpinion 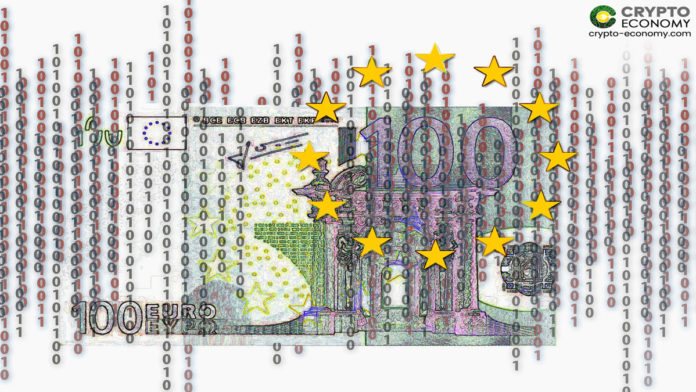 However, how will these new currencies affect not only the cryptocurrency market but the global population as a whole? Sadly, most speculators mistakenly associate cryptocurrencies with the future massive adoption of blockchain technology, so let’s delve deeper into this subject.

Starting in 2014,  the People’s Bank of China (PBoC) decided to hire a team that would research the prospects of a digital yuan. After discovering the advantages blockchain technology could bring to the banking sector, China’s Central Bank quickly rushed to prepare for a new digital future.

Since then, the PBoC has made several advancements. In 2019, it is believed that the product was finalized given that President Xi Jinping revealed a gracious representation of the country’s blockchain roadmap in October 2019. Months later China revealed the Blockchain Service Network (BSN), a blockchain infrastructure project that would span over the entire country.

On the other side of the world, the European Central Bank plans to implement the legislative framework for a future digital financial system. In October, the ECB released a report on the digital euro that explained the use case and place such a digital asset would have in the Eurozone.

In this report, the ECB once again distance itself from cryptocurrencies and stated that the digital euro would not replace fiat money. Moreover, we found out that the digitalized currency would be exclusively used for payments and that it would have no function as an investment asset.

This stance was reiterated by the Chairman of the U.S. Federal Reserve today at the IMF virtual meeting. During the ‘Cross-Border Payments – A vision for the Future’ meeting, Chairman Jerome Powell revealed that the Central bank is not developing a digital dollar at the moment. While the Fed seeks to create a digital currency in the future, they are still only researching the possibilities that blockchain technology can bring.

Again, the Chairman made no mention of cryptocurrency, commenting only on the similarity of digital currencies and modern stablecoins. Furthermore, Powell revealed that digital currencies could only work alongside fiat currencies, and not replace them.

Based on these events, we can conclude that the new digital yuan, euro, and dollar will be exclusively adopted for means of transactions and payments. None of these economic superpowers plan to implement CBDCs in the form of cryptocurrencies, which have speculative and investment value as well.

Therefore, it becomes apparent that Central banks are pushing for the adoption of blockchain technology. They are not adopting cryptocurrencies. The narrative currently being pushed by Bitcoin bulls is utterly different from the realistic state of events.

But another step in understanding how CBDCs will play out in the real world is to focus on their proposed use case. Digital currencies will only be used through private digital blockchain networks managed by Central banks. Therefore, any transaction that a person sends or receives will be tracked by the institutions. This will radically improve KYC and CTF measures due to the added transparency. But on the other hand, this introduces dangers for the average user.

If at one moment digital currencies were to completely replace fiat currencies, all financial activity could be tracked dealing a heavy blow to the privacy of citizens. This would increase the control institutions have over the population, making it increasingly hard to avoid future authoritative regimes. In that case, users would be forced to migrate to real decentralized projects like Bitcoin. Moreover, such a timeline would result in the adoption of privacy-based cryptocurrencies such as Monero.

CBDCs could help the further adoption of crypto in one more case. If we reach massive adoption levels, financial users would become more comfortable with conducting payments through the means of digital assets.

By understanding how they work and what they can be used for, people would have the chance to realize the meaning of cryptocurrencies such as Bitcoin and what value it offers. If the ‘average Joe’ understood how to make a payment with a digital euro, for example, he would not be afraid to make a simple transaction through the Bitcoin or Ethereum network.

Therefore, CBDCs should be seen as a double-edged sword that can bring both positive and negative possibilities. At the same time, we should be wary of these solutions as they represent a great threat to our privacy and freedom.

If you found this article interesting, here you can find more Opinion News

0
Nuri GmbH, a German cryptocurrency exchange, has just filed for insolvency with a Berlin court due to the "current challenging market developments and subsequent...
Read more
- Advertisment -
Posting....