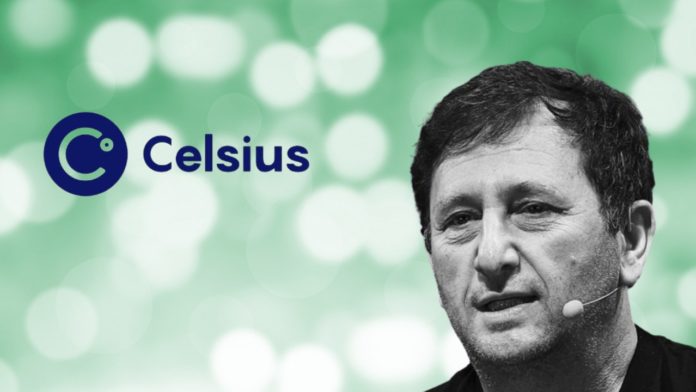 Celsius Network founder, Alex Mashinsky, reportedly cashed out a massive amount of $10 million just before the company filed for bankruptcy. Majority of the withdrawn amount was used for covering state and federal taxes.

According to a Financial Times report, Mashinsky, withdrew the amount from the crypto lending platform just weeks before it froze customer assets and filed for Chapter 11 bankruptcy. The transaction took place around, “mid to late May”, before all withdrawals were stopped on June 12. The crypto lending platform toppled over a massive sell-off in the digital asset sector setting off a shockwave across the crypto market.

Was the CEO Aware of a Financial Tumoil?

As per the report, the withdrawal raises concerns if Mashinsky understood that Celsius would be unable to refund clients’ assets following the market meltdown. The report also noted that approximately $8 million of the withdrawn assets were used to pay income taxes on the yield generated by the assets, with the remaining $2 million made up of the platform’s native token CEL utilized for estate planning.

“In mid to late May 2022, Mr. Mashinsky withdrew a percentage of cryptocurrency in his account, much of which was used to pay state and federal taxes. In the nine months leading up to that withdrawal, he consistently deposited cryptocurrency in amounts that totalled what he withdrew in May.”

The revelation has further put pressure on Mashinsky who stepped down as CEO last week. Financial hardship times continues to haunt Celsius since the crypto lending platform froze withdrawals and transfers between user accounts citing, “extreme market conditions”. Once the biggest cryptocurrency lending platform, had filed for bankruptcy in an effort to stabilize its business and figure out a financial restructuring for all stakeholders.

As per another report, it is anticipated that Bahamian cryptocurrency exchange, FTX is looking to acquire Celsius’s assets through an auction. The speculation comes on the heels after Mashinsky resigned from the role of CEO citing “difficult financial circumstances”.

Moments ago, @CelsiusNetwork filed voluntary petitions for Chapter 11 protection and announced that the company initiated a financial restructuring. https://t.co/vf5wsT6TMp

Celsius is also considering a restructuring process to navigate its way out of the financial turmoil. Recently, the bankrupt crypto lender also asked for approval to sell off its reserves of stablecoins and generate some cash to cover its own operational costs.