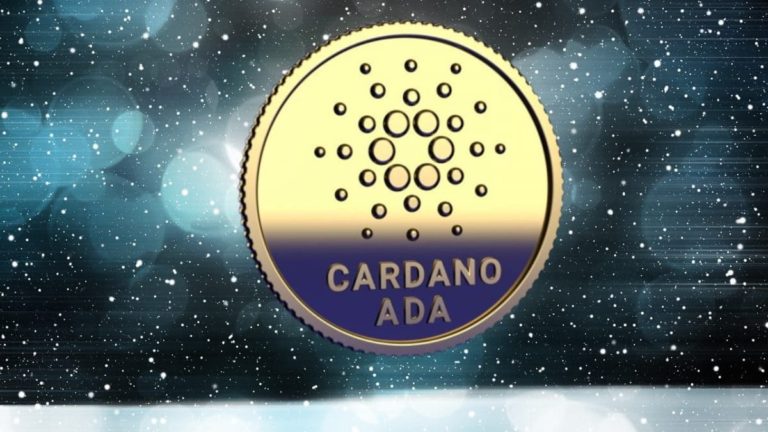 The crypto market heaved a sigh of relief after continuous pouring battered the digital asset sector. One of the biggest gainers is Cardano (ADA), gaining more than 12 per cent over the past day. If the current price momentum continues over the next trading sessions, ADA could expect a major pump.

At the time of writing, Cardano (ADA) is trading around $0.4046. Over the last one week has witnessed a dramatic increase of nearly 13.35 percent. ADA broke through the major resistance levels for the first time since October 10. However, Cardano price has to keep moving upwards to avoid the chance of price volatility. It seems ADA might not be as outlandish as everyone would hope, yet it could certainly make close the gap to $1 before December 31, 2022. 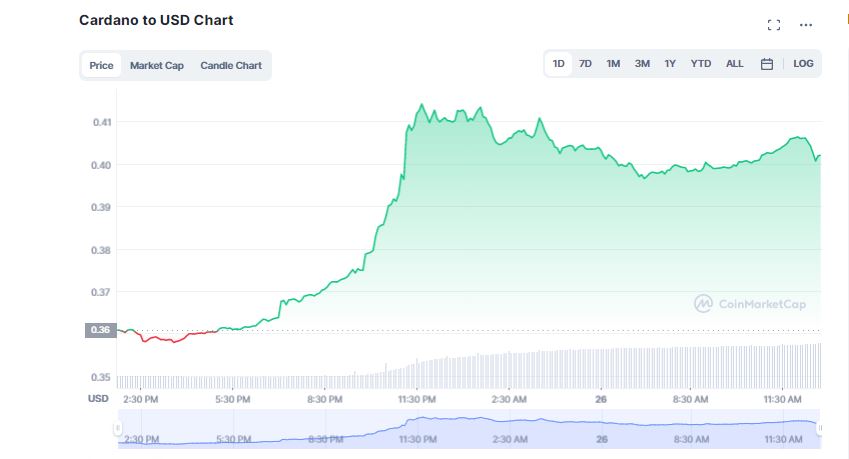 ADA to Climb in the Coming Days

On October 26, Cardano price rallied 12 per cent breaking through through two crucial hurdles – the lower limit of the $0.380 to $0.609 range and the 30-day Exponential Moving Average (EMA) at $0.393. The rally suggests a pull of the bulls into the market which will likely propel ADA higher in the coming days.

The Relative Strength Index (RSI) swung past the zero-line, which meant that buyers were more than sellers at the time of writing. Cardano price was above the 20-SMA line, and that meant more demand for the coin, along with buyers driving the price momentum in the market.

Experts believe although the outlook is bullish, investors need to be cautious. As Cardano price trades between the 30-day and 100-day EMAs at $0.393 and $0.413, respectively, investors need to pay close attention to Bitcoin (BTC). Moving above the $0.41 resistance mark can push Cardano to $0.44. On the flipside, a pullback can drag Cardano price to $0.36 on the one day chart.

Last week, Cardano recorded a 110 per cent increase in NFT trading within 24 hours. Also, there was a 39 per cent jump in the number of items sold within the same period. Furthermore, the value of the 12 largest CNFT collections spiked to 2,500 percent. As per a report, from October 10 to October 17, ADA NFT volumes jumped from around 810,000 to nearly 3 million, an massive 280 per cent spike.

Market analysts anticipate the rise recorded on the Cardano blockchain could pump ADA’s price. As network activity increases, use cases for ADA, including NFT purchases, could also increase and eventually support ADA’s price action. The altcoin prices may also feel the impact as the community warms up to the Cardano Summit 2022, to be held in Brisbane, Australia later this year. With the event mainly focused on ADA and its ecosystem, a positive impact on the price is expected.

We got the thumbs up for the #CardanoSummit2022 in Brisbane.

Want to present? Want your art in the gallery? Want to run a workshop? Want to network with the #CardanoCommunity? Are you coming? Please RSVP. Only 150 places.

Recently, Dan Gambardella, an analyst, said that ADA generates much interest from the larger cryptocurrency industry. He claimed that the token “is going to be a dominant blue-chip asset”. Gambardella, however believes that the ongoing bear market run is necessary for the next bull season.

definitely not the case!

we have https://t.co/mST1XOz1mv listed internationally; adding spot ADA too is on our roadmap

Earlier this week, FTX CEO, Sam Bankman-Fried, hinted on social media that the exchange could be looking to list ADA on their exchange. Listing on major exchanges like FTX should provide some gains for ADA. Although, things are looking up for Cardano (ADA) at the moment, investors and traders need to be vigilant and wait for the altcoin to pull back to critical levels.