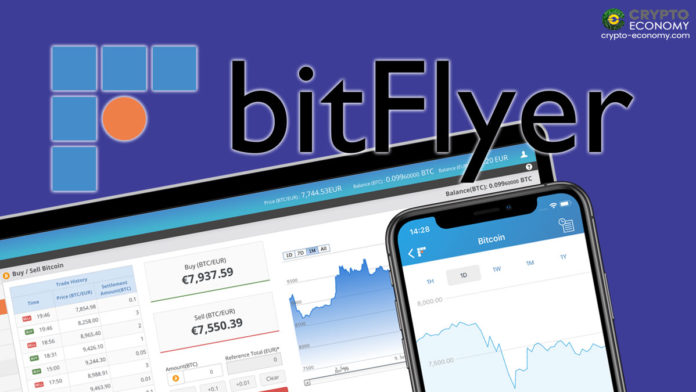 Japan-based cryptocurrency exchange BitFlyer has launched a new feature dubbed ‘Instant Buy’ for its European trading unit that will allow users based in Europe to buy cryptocurrency using their credit cards, debit cards and local instant transfer methods such as Sofort, iDeal, and GiroPay.

The exchange launched Instant Buy on December 5th according to a press release published on Thursday. “The feature, available on desktop and smartphone, allows users to buy cryptocurrency directly from bitFlyer,” noted the press release. According to BitFlyer, the new feature is focused is built for users looking to purchase cryptocurrency fast and in a more straightforward way.

Commenting on the launch of the new feature, BitFlyer Europe’s Co-head and COO Andy Bryant said in a statement:

“Instant Buy is the latest upgrade to bitFlyer’s Buy/Sell platform, as part of our goal to create a simpler, faster and transparent experience when it comes to buying virtual currencies. By making it similar to that of a traditional e-commerce experience, we are helping to bring cryptocurrency to a mainstream audience, while also giving experienced users a faster and simpler way to get their currency.”

Instant Buy is an attempt by the exchange to appeal to new users especially those that are beginners to cryptocurrency. It is also a great addition to seasoned traders that need to purchase cryptocurrency hustle-free. According to the press release, the new feature will allow users to buy cryptocurrency from the exchange at a predefined price “making the purchase experience significantly more straightforward.”

In 2017, the exchange opened a wholly-owned US subsidiary that supports fewer assets as compared to its Europe and global counterparts. For instance, when bitFlyer Europe announced the addition of five more assets to its platform, the US platform only got three including BCH, LTC, and ETC. bitFlyer has been previously identified by Bitwise Asset manager as one of the only 10 exchanges that report real trading volumes in a report to the SEC earlier this year.

0
The State Bank of Pakistan (SBP), the central bank of the country, has recommended an outright ban on cryptocurrencies in a report submitted to the court.
Read more
Bitcoin News