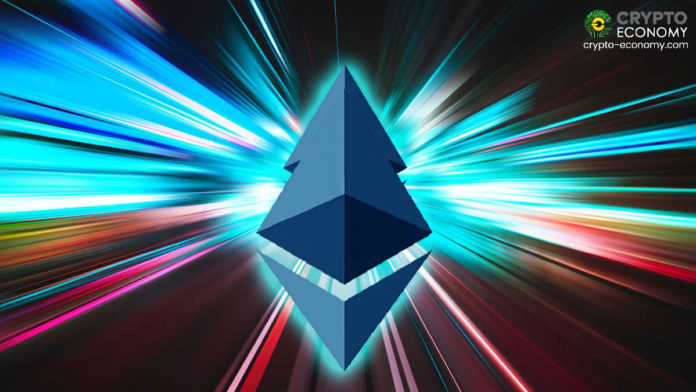 One of the most pressing challenges when it comes to blockchain adoption is the scalability of the networks. This is especially true for most of the leading blockchain networks currently.

Ethereum, the leading smart contract network has faced the challenge for the longest time and is working on implementing a solution that will enable it to scale its transaction confirmation.

However, the technology is unproven and could some time to be perfected. So, in the meantime, the network is stuck with 15 transactions per second throughput.

Over the past three weeks, two companies together with representatives of the Ethereum Foundation have been testing out a new network infrastructure – the Blockchain Distribution Network (BDN) developed by scalability-focused blockchain startup bloXroute Labs.

Ethereum block propagation times – this is the time it takes to create a block and broadcast it to the network nodes – was cut down from the normal 369 milliseconds to 172 milliseconds. That is more than double the speed. The test data was sourced from a Chinese mining pool for the entirety of the exercise. The results of this experiment show that the BDN network could provide a solution to the ongoing Ethereum scalability discourse.

“Ethereum feels the burn of the scalability bottleneck more than any other blockchain out there,” said bloXroute CEO Uri Klarman on Wednesday. “It’s losing momentum, it’s losing market share. They feel the problem. Most others don’t.”

The company’s COO Eyal Markovich seemed impressed with the results. In a statement he said,

“We were pleased to be able to deliver such promising results while further testing the BDN’s robustness and new network features. It is also important to emphasize that we expect to see even more improvements with a larger gas limit and larger blocks on Ethereum as bloXroute allows Ethereum miner pools to increase the gas limit and generate larger blocks without slowing down propagation and increasing the uncle rate.”

0
The CEO of Galaxy Digital, Mike Novogratz has recently said that he is expecting Bitcoin to stay in the current tight price range. According...
Read more
Companies