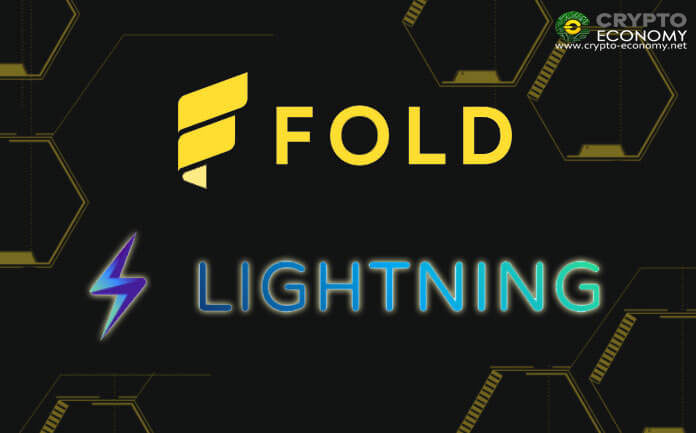 Fold, US-based Bitcoin-focused blockchain payments startup announced on Wednesday the introduction of Lightning payments through its popular Fold App in order to make payments across some of the leading retail merchants including Amazon, Starbucks, Whole Foods, AMC, Home Depot, Southwest Airlines, Uber, and other major retailers.

According to a press release, the company said that merchants will not have to interact with cryptocurrency as all payments made in bitcoin will be automatically converted to fiat equivalents at no cost to shoppers. Lightning payments, which is based on the bitcoin blockchain, is an innovation by Lightning Labs that makes use of a second layer blockchain based on the original Bitcoin blockchain. The second layer is more of a scalability solution to the often faulted blockchain suffering from slow confirmation times and ridiculously expensive fees.

Fold claims that payments using the Lighting network will now be confirmed within 30 seconds which is an acceptable lag especially considering the novelty of the underlying technology. “We noticed very quickly that Layer 1 was not going to be the ideal payment rail that we hoped,” Will Reeves, the Fold CEO said in an interview.

“Long confirmation times and, especially, high on-chain fees made it unworkable for most consumer and retail situations. Because of those challenges, we’ve been very proactive in adopting and building on Layer 2 solutions, like Lightning, as early as we could so we could actually make bitcoin payments work.” 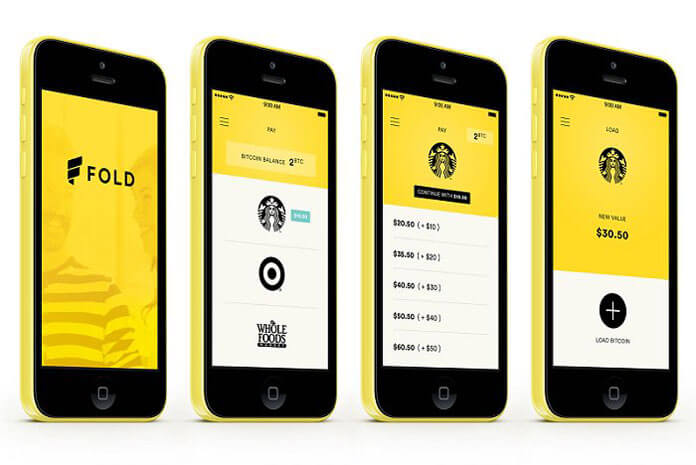 Fold was launched back in 2014 long before Lightning was developed and at the time Bitcoin fees were not as high as they became in the 2017 bull run. There launch pitch at the time included the promise to offer its users a 20% discount on Starbucks Coffee if they made payments through the App. The use case was viable for a while until the Bitcoin network became untenable to support payments on PoS terminals. Therefore Fold sought to impellent the newly launched Lightning Network application. To test it out, Fold launched the Lightning Pizza service that allowed its users to purchase Domino’s pizza using their bitcoin. The service became an instant hit especially during the Bitcoin Pizza Day on May 22nd.

“We launched Lightning Pizza to test a hypothesis that if Bitcoin payments were as easy and rewarding as using a credit card, people would change their habits around spending,” Reeves told. “We were blown away by the results. An instant, one tap, zero-fee payment with good incentives spurred people to spend regularly via Lightning.”

With their trial test run complete, the company has now finalized its product and is ready to support global payments for goods and services with popular global merchants. The merchants do not have to make any upfront investments to accept payments through the Fold App.

The protocol integrates with already preinstalled hardware and PoS software, dealing “directly with prepaid access programs like gift cards, store credit, rails or other options merchants are used to accepting,’ Reeves revealed. All a customer has to do is “navigate to the Fold app, where they are presented with a list of available merchants. They then select the denomination and how much they want to spend.” Once the invoice is generated, the App integrates with the merchant’s PoS API to enable a payment prompt. The customer makes the payment and the transaction is confirmed within half a minute.

“We believe that Bitcoin provides a fundamentally better way to pay, one that preserves privacy, resists censorship and is natively global,” Reeves said in a statement. “To this end, we build products that make spending bitcoin a no-brainer, making it as easy to use, rewarding and widely accepted as a credit card.”

0
Bitcoin payment app Strike Global is pushing on with its Latin-American expansion plans with its recent launch in Argentina with goals to help citizens facing uncertain times in the country.
Read more
Price Analysis

0
After a healthy uptrend, the Bitcoin hash rate recorded a new ATH surpassing the 200 Ehash/s and currently sitting at 196 Ehash/s. The new...
Read more
- Advertisment -
Posting....