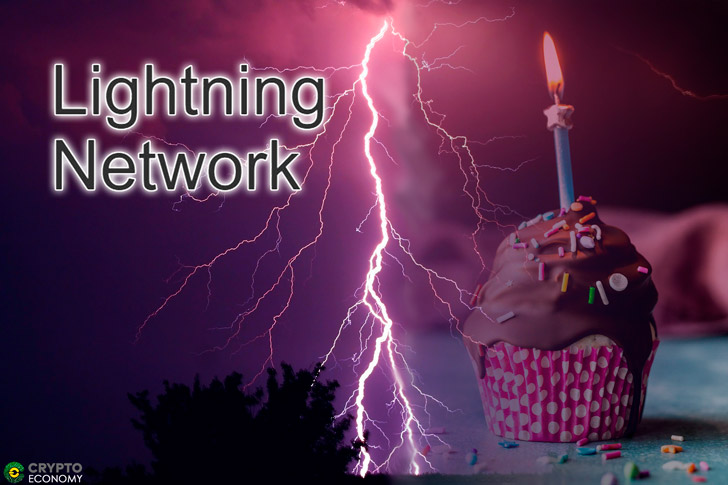 It’s been a year since the launch of Bitcoin’s layer 2 scaling solution Lightning Network. On March 15th, 2018 Lightning Labs CEO Elizabeth Stark officially announced the launch of the network and the technology got a formal backing from industry bigwigs such as Twitter’s CEO Jack Dorsey, Investor Bill Lee, and Microsoft among a host of other notable figures.

12 months later and the network has had phenomenal success than it was expected, a bulk of which has been witnessed over the past few months. According to the Lightning network monitoring website 1ML, the capacity of the Bitcoin LN has grown to 1,058 BTC currently valued at over $4.2 million. This is an impressive 55% increase in capacity over the past 30 days. The number of channels, currently standing at 39,330 is also up about 48% in the same time period.

Over the last month or so, the LN has gained popularity thanks to a Twitter experiment started by a user named Hodlonaut. Started on January 19th, 2019, the Lightning Network Trust Chain involves a user sending a small number of satoshis to another user that they trust to send it to the next user they also trust and so on and so forth. The receiving user prepares an invoice for the amount that the current user is holding with an addition of 10,000 satoshis. In his announcement tweet, @Hodlonaut wrote:

– I send 100k sats with http://tippin.me to the first person I choose to trust that replies to this.

– That person adds 10k sats and sends 110k to someone (Either from reply to a new tweet, or this thread)

How many sats before it breaks?

So far close to 250 participants have taken part in the experiment in what is dubbed as the ‘Lightning torch’. Notable names on that list include Jack Dorsey, Antony Pompliano the founder of capital management firm Morgan Creek, Elizabeth Stark, Tron CEO Justin Sun, Binance CEO Changpeng Zhao and Fidelity’s Digital Assets. The experiment has been a wild success so far.

The LN has benefited from positive news over the past including Jack’s statement that Lightning is definitely coming to Twitter and Square payments service. A Lightning Pizza service was also introduced as a node to the 2010 incident in which a programmer bought a couple of pizzas for 10,000 using Bitcoin.

Going forward, Lightning’s liquidity will keep rising in fiat denomination as explained by network engineer Melik Manukyan (@realLudvigArt). In his tweet he said: