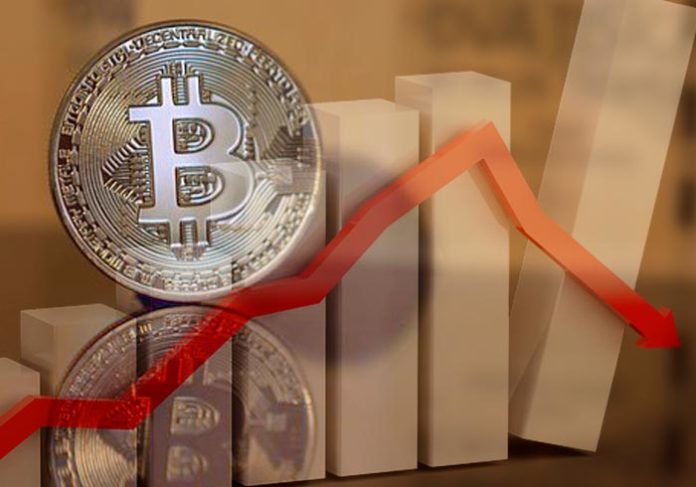 Flagship cryptocurrency Bitcoin took a tumble on July 10th shedding more than $1,600 in a matter of hours due to overwhelming bearish pressure. The coin lost 12.5% of its gains after showing signs of breaching its 2019 highs of $13,880 but fell short by $700.

Bitcoin’s sharp correction led the entire market to follow suit as most of the altcoin market posted similar losses over the last 24 hours. As of press time, Bitcoin is trading at $11,683 on Luxemburg-based Bitstamp, which is about 9.85% down over the last 24 hours. The coin hit an intraday low of $11,550 on the popular exchange at around 22.00PM (UTC) marking one of the sharpest corrections for the coin this year.

As of press time, it is unclear what may have caused the sharp selloff but most analysts are pointing to profit-taking as the motivator as well as leveraged trading which amplifies the figures. One such analyst is Charles Hayter, the co-founder and CEO CryptoCompare who, in an interview with Forbes on Wednesday said that “The market has risen a lot,” which means that “people are jumping in to take profits.”

John Todaro, director of digital currency research for TradeBlock justified the move back to below $13K levels saying that:

“Bitcoin has had a hard time maintaining buying support above $13,000 per coin during the recent rally [… so] each time we get above that level, we have hit elevated stretches of volatility.” Todaro added that “this most recent time was no different, as some significant selling pressure brought prices back down quite quickly.”

From a more fundamental perspective, BitMEX Research seemed to suggest that the selloff could have been triggered by a software bug in the Bitcoin software that allowed a crypto mining pool to attempt an introduction of an invalid block to the longest chain. The research arm of leading margin trading platform BitMEX tweeted on Wednesday that “The timestamp of the invalid block was 14:35:27 UTC, 21 seconds after the previous block. This appears to have coincided with a drop in the Bitcoin price, however, this is probably only a coincidence.”

Another possible factor that seems to be gaining traction is the statement by the US Federal Reserve Chair Jerome Powell who in congressional testimony, urged lawmakers to stall the launch of the Facebook cryptocurrency Libra. According to a report by Reuters, Powell stated during the testimony that:

“Libra raises many serious concerns regarding privacy, money laundering, consumer protection, and financial stability.” He later added that “I don’t think the project can go forward” without Facebook addressing the concerns satisfactorily.

Facebook has been associated with the recent rally that took the Bitcoin price to year to date highs late June 2019. The testimony may not have had a big hit on the price of Bitcoin but it could have been a contributing factor.