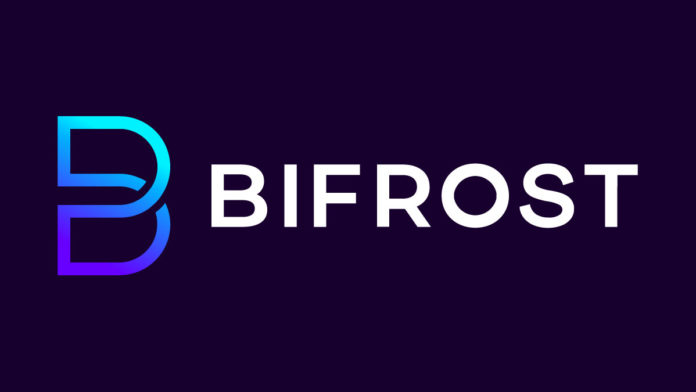 BIFROST started off as a multichain middleware project with the goal of connecting the different ecosystems of blockchains. Despite the fact that the cryptocurrency adoption stage has reached a new high and that there is more desire for a better Web3 experience, the blockchain ecosystem continues to encounter challenges in terms of network efficiency and scalable financial infrastructure. That being said, BIFROST is currently shifting its focus to establishing a Delegated Proof of Stake (DPoS) blockchain network and accelerating its main project vision: to make decentralized applications (DApps) work.

It is the goal of the BIFROST network to create an environment that is DApp-friendly, allowing cross-chain activities to give real-world applications and unique capabilities over time. A process of staking will be implemented using the Delegated Proof of Stake (DPoS) algorithm to establish consensus efficiently and democratically.

BFC will be utilized as the native coin to ensure network security through a process of staking. Holders of BFC will vote on delegates who will then elect the validator nodes, which will aid in the security of the network. When compared to the high gas prices charged by Ethereum and other Proof-of-Work (PoW) networks, the gas fees for transactions that occur throughout the network will be greatly lowered.

Beginning today, BFC investors can stake BFC on staking.thebifrost.io and receive an annual percentage rate of 20 percent. There will be no further staking until the network is officially launched, which is planned in Q2/Q3 2022.

Participating in BFC staking at an early stage is a good method to optimize your holdings while also contributing to the network.

BFC will be safely held in a smart contract when it has been staked. BFC that has been staked will be transferred to the BIFROST network at the time of its debut (cross-chain). The staked funds will then be automatically utilized to vote for and elect the initial validators of the network, with the cash remaining in the account.

To begin staking, users will need to link their Biport wallet to their BFC account balance.

In addition, BIFROST disclosed the specifics of their staking policy. According to the announcement post, all staked funds will earn a 20 percent annual rate of return (in BFC) until the network is operational. Apart from that, the number of times and the amount of BFC that users can stake are both unlimited and staked. BFC will be sent to the BIFROST network, where votes will be automatically used to elect delegates at the start of the project. Users have the option to remove their staked BFC at any point before or after the network’s official debut.