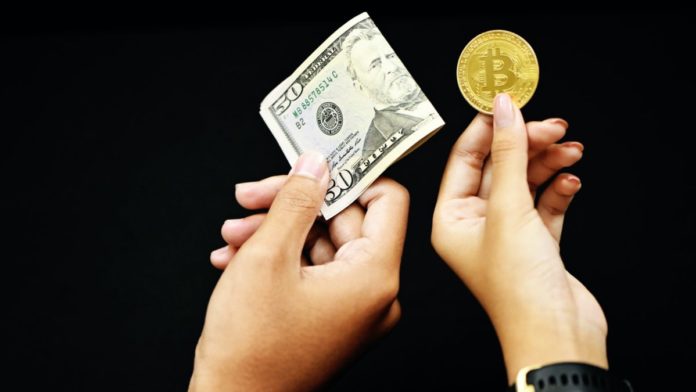 Central Banks globally are conducting a detailed analysis on the impact of digital money (CBDC) with the potential to disrupt the broader financial ecosystem. How would digital money influence the banking sector as a whole making control of interest rates more difficult?

The new financial model is bracing for central bank digital currencies (CBDC) as the next big disruptive force. Digital money is drawing stronger interest as the future of an increasingly cashless society. The Covid-19 pandemic has not only catalyzed a digital and contactless payments, but also propelled to a more mainstream acceptance of cryptocurrencies. Following a mass acceptance, banks all over the world are concerned over the ramifications cryptocurrencies may have on the financial stability in the economy.

According to a recent New York Fed conference, banks seem to be in a frenzy with the emerging technologies that range from new ways to process payments to new asset categories like cryptocurrencies and stablecoins. Banks have raised disintermediation concerns over digital tokens in the wake of a looming recession. In response to the increasing adoption of cryptocurrencies, central banks, have come up with the concept of CBDC.

Many countries have already begun piloting CBDC projects using distributed ledger technology (DLT). Bahamas has been the first economy to launch its nationwide CBDC — Sand Dollar. Nigeria is another country to have rolled out eNaira in 2020.

The underlying technology behind CBDCs include better transaction speed, lower cost, and easier accessibility to banking services, and even with recent crashes and volatility it is assumed it will keep advancing. Bank of America economist, Anna Zhou, explained,

“CBDCs offer the benefits of improving monetary transactions, without the adverse side effects of crypto currencies.”

How CBDC May Affect Small Banks?

Experts believe if sufficiently large and broad-based, the shift to CBDC can impinge upon the bank’s ability to plough back funds into credit intermediation. If digital tokens become popular and the central banks place no limit on the amount that can be stored in mobile wallets, weaker banks may struggle to retain low-cost deposits.

According to a Fed study, deposit flight to CBDCs might expand central bank balance sheets posing a question as to how the deposits escaping the banking channel should flow back to the real economy. The paper detailed,

Is The Demise Of Physical Cash Coming Soon?

On the flip side, CBDC can gradually bring a cultural shift towards virtual currency by reducing currency handling costs. It can also eventually facilitate cross boarder payments, initially with trading partners who have a two-way dealing to create interoperability as the system integrates.

Eswar Prasad, a senior professor of trade policy at Cornell University, predicted that the combination of cryptocurrency, stablecoins, CBDC and other digital payment systems will lead to the “demise of physical cash.” He remarked,

“The era of cash is drawing to an end and that of central bank digital currencies has begun.”

While Prasad says he’s certain that the future of money will be cashless, he admits that a dependence on digital payments won’t necessarily lead to a perfect system. Though he sees digital payments as a way to democratize finance, they could also contribute to income and wealth inequality. He aggued,

“As the economically marginalized have limited digital access and lack financial literacy, some of the changes could harm as much as they could help those segments of the population.”

How Will CBDCs Unfold In The Coming Future?

As per data from Bank for International Settlements, 81 central banks in different countries that account for nearly all global economic output found more than 90 per cent were exploring the idea of a central bank digital currency. According to the IMF, around 100 countries are exploring CBDC while some have already been rolled out.

Lorie Logan, executive vice president of the New York Fed, speculated that the innovation occurring in money and payments has the potential to alter the existing monetary system. She remarked,

“How things evolve from here is uncertain, and the impact of these innovations could be revolutionary, or more evolutionary.”