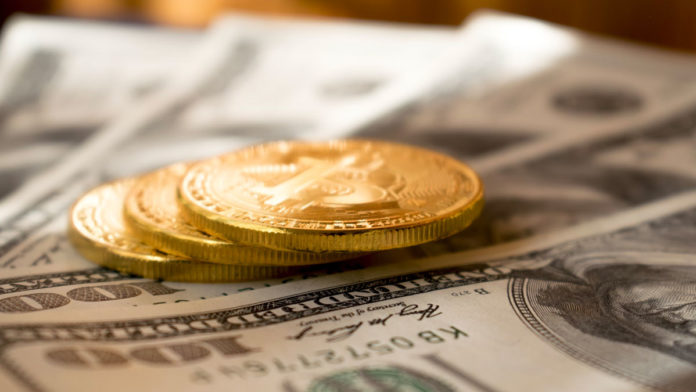 In a recent report published by the Bank for International Settlements, a survey regarding central banks exploring CBDCs was discussed. A recent survey of 81 central banks was conducted to assess the degree to which they are currently involved in central bank digital currency (CBDC) works, as well as their motivations and intentions with respect to CBDC issuance.

During the survey, which was conducted in the autumn of 2021, the central bank officials were also asked about stablecoins and other cryptocurrency usages in their jurisdictions.

The Bank for International Settlements (BIS) was established in 1930, representing 63 countries from around the world who together account for about 95% of global gross domestic product (GDP). Basel, Switzerland, is the head office of the company, and it has two representative offices around the world: in Hong Kong Special Administrative Region (SAR) and in Mexico City, along with Innovation Hub Centres around the world.

Throughout the year 2021, the work on CBDCs gained even more steam. It is projected that in the coming years, the number of countries is projected to reach 100%. For example, the Bahamas will launch a CBDC, the Sand Dollar, in 2020 before Nigeria released the eNaira in 2021, and the Eastern Caribbean and China will issue their respective DCash4 and e-CNY in 2022. And there will certainly be more to come: an all-time high proportion of central banks, 90 percent, is participating in CBDC initiatives. 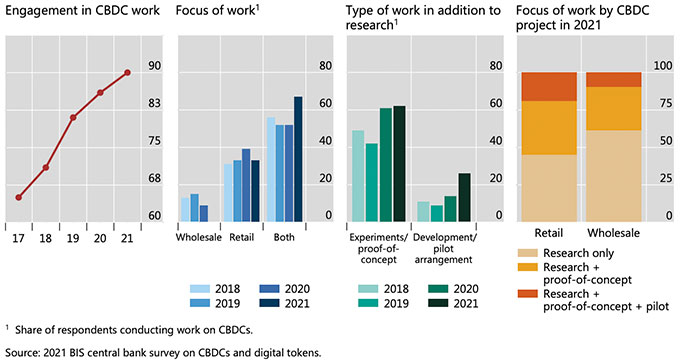 The year 2021 was also an exceptional year for the crypto industry, which experienced significant growth in the crypto assets and stablecoin market, according to the report. It has been reported that almost six out of ten banks responding to the survey have been able to speed up their CBDC work as a result of this growth.

In addition to strengthening collaboration between central banks, this has also been instrumental in monitoring the implications of crypto assets and stablecoins for financial stability, as well as attempting to coordinate regulatory approaches to minimize their risks to the financial system.

Approximately nine out of every ten central banks are exploring the idea of central bank digital currencies (CBDC), and more than half are already developing them or conducting practical experiments. In particular, there has been a considerable advance in the development of retail CBDCs. The development of Covid-19 has been sparked by the emergence of stablecoins and other currencies, as well as Covid-19 itself.

CBDCs have gained a lot of traction in developed economies, where banking authorities say that increased financial stability is a motivating factor for their involvement with CBDCs.

CBDCs are considered by central banks to be capable of alleviating key pain points associated with the current payment systems, including their limited operating hours, their length of transaction chains, as well as other factors.