Zilliqa Has Risen Almost 300% in the Last 7 Days, What is the Reason? 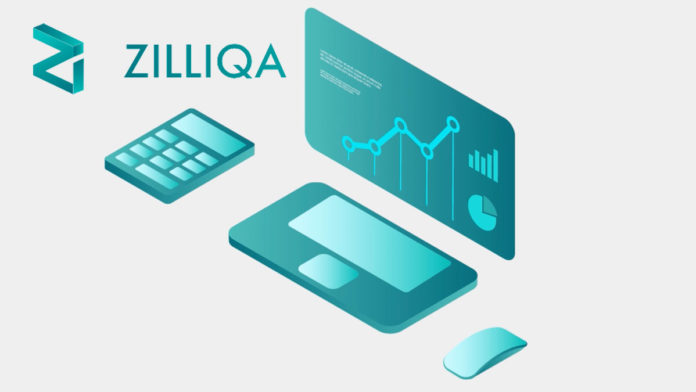 Because of the meteoric increase in the price of Zilliqa over the previous week, the ZIL coin is currently at the top of the crypto headlines in the market. Zilliqa has been one of the top-performing cryptocurrencies to invest in this month, with the digital asset rising by more than 300 percent in the last week alone. Further increases are probable, but traders should be cautious in case there is a spike in profit-taking activity.

Another Launch is the Reason

As it prepares to launch the much-anticipated Metapolis metaverse space, the ZIL cryptocurrency is rising to new heights. Investors believe the project has the potential to compete with even the most well-known entities in the metaverse, and this belief is fueling interest in ZIL cryptocurrency price forecasts.

Yes, the rumours are true. Zilliqa will be hitting up #Miami to host an exclusive, early-access event for Metapolis!! 🪩

Watch https://t.co/qrrcJtb7Dh later this week to find out how you can be a part of it. 👀 pic.twitter.com/p9i3sDvmK9

This network, which was established in 2018, was created to compete with decentralized application platforms such as Ethereum. The project, which promised a throughput of thousands of transactions per second, had highs and lows in price over the course of its development. Due to the boom and bust of the global cryptocurrency market, the project experienced a rapid rise and fall in price in 2021.

Zilliqa is currently breaking out from that mold. In December, the project previewed the launch of its metaverse initiative. Players such as Decentraland and Sandbox were soaking up a lot of favorable feelings at the time. It should be noted that this was only a few months following Facebook’s rebranding as Meta Platforms, which was the catalyst for an unprecedented era of fanatical bullishness across the whole metaverse business.

The news provided Zilliqa with its own burst of publicity at a time when cryptocurrency appeared to be all but impregnable. The beginning of the new year, however, proved to be a turning point, as metaverses fell out of favor as a result of the precipitous drop in the value of Bitcoin.

Zilliqa, on the other hand, has been re-energizing its holders in recent weeks with the promise of a Metapolis deployment in the near future. In just a few short weeks, the network will launch its product on April 2, and it is counting down the days with a celebration in Miami.

After all, traders should anticipate sideways price movement and, at worst, a further fall towards $0.14 or even lower in the immediate term in order for market makers to take liquidity from the market.

If the bulls are able to produce a good closing green candle, more bullish price action for Zilliqa is likely to follow. Bulls will need to increase their buying volume in order for this equation to work. If this occurs, the next price objective for ZIL will be higher even at 0.22. But there are still many factors to confirm the continued rise.