Home Reviews Zilliqa What is it, and what is it for?
FeaturedReviews

Zilliqa [ZIL] What is it, and what is it for? 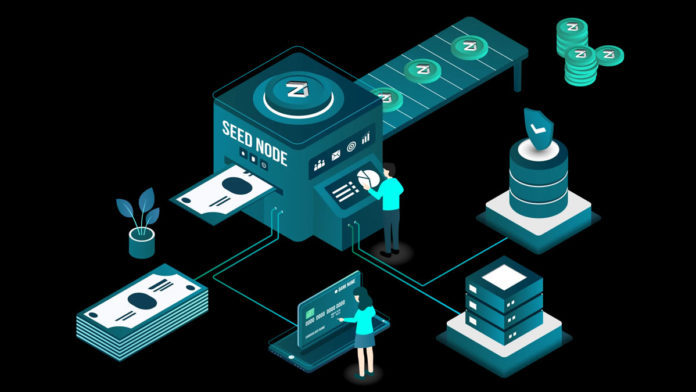 Zilliqa is a blockchain platform with a focus on enterprises and a new generation of decentralized applications. The project claims security at a high-level based on various features and fundamental elements.

The mainnet of this blockchain went live in January 2019. Sharding is the main element of growth in this blockchain, and developers can make decentralized applications and smart contracts using Scilla programming language.

Zilliqa mining mechanism is eco-friendly and lets the miners dual mine other chains at the same time. More than 60 projects from over 20 countries contribute to the ecosystem of this project.

Zilliqa is the result of the research and development of a team inside the National University of Singapore.

The underlying technology of the project is based on peer-reviewed academic research. The leading group of this project consists of academic and industrial actors of the blockchain ecosystem. Amrit Kumar is the president and Chief Scientific Officer in the project. There are growth, marketing, platform, language, and usability teams working on the project.

Zilhive is the name of a project Zilliqa project focused on the growth of the community and the ecosystem. It has three main objectives, grants, education, and accelerator. Zilhive holds Developer Bootcamp and similar events to help grow the Zilliqa project and applications.

Sharding – What is it, and what is it for?

Sharding is the underlying growth and scaling technology in Zilliqa. It provides linear scalability to the platform so that the blockchain can meet the need of a growing ecosystem.

Zilliqa calls itself the first public blockchain in the world built on a sharded architecture. The sharding nature of Zilliqa makes it possible to handle more transactions with more reliability. The transaction process happens in a decentralized manner, too.

Zilliqa balances between scalability, security, and decentralization in the platform. The blockchain can handle more than 2,500 transactions per second, which makes it far faster than traditional networks.

Sharding makes it possible for Zilliqa to divide the network into multiple groups. Each group processes transactions in parallel with others. “For instance, if six shards (each with 600 nodes) process transactions individually, then all the shards will collectively process around 2828 transactions per second,” according to Zilliqa.

It is the result of peer-reviewed academic research and article. The team behind the language had security in mind from the first phases of making Schilla.

The smart contract language in Zilliqa has multiple features for improving security. It has a static analysis framework and automatic scanner that find generic security flaws and warns developers.

Besides, there are sanity-checkers next to static type-checkers in Scilla that help developers write faster and easier. Developers can also use formal verification in their smart contracts using Scilla. It means they can write mathematical proofs that prove the safety properties of a given smart contract.

ZIP is a project in the Zilliqa team that is focused on staking service. It outlines the details of the upcoming service that will be added to the core protocol.

The staking feature will grow the decentralized nature of seed nodes. After all, when the node management ecosystem becomes more decentralized, more users and miners will be engaged to join the platform.

Seed nodes act as direct access points for end-users and clients to access to Zilliqa core network. There are node types in Zilliqa, like lookup nodes and archival nodes that work in collaboration with seed nodes.

Many seed nodes are run and managed bu cryptocurrency exchanges, application providers, block explorers, and Zilliqa team. Some of them are now closed nodes, which means they only help the primary operator and not the whole Zilliqa community. ZIP tries to reopen some of those nodes and decentralized the overall architecture.

ZIP provides monetary incentives to node operators, so they will try to collaborate more with the community. Staking is used as a financial incentive and will help the overall network achieve a certain level of performance in each node.

Zilliqa aims to provide ZIP staking to developers and the public as one of its 2020 roadmap goals.

Zilliqa’s utility token and cryptocurrency are ZIL (or $ZIL). There are multiple use-cases for ZIL like all other cryptocurrencies. Developers can use ZIL as the smart contract execution tool. Miners in Zilliqa blockchain get their rewards in ZIL. Besides, ZIL is used as transaction fees.

Multiple wallets are supporting ZIL in the market. Next, to exchange wallets that provide the opportunity to trade next to storing for ZIL users, many software and hardware wallets can be chosen to save the token.

ZIL can be stored in iOS, Android, desktop, web, and hardware wallets. Ledger is the most famous hardware wallet that supports ZIL. users have choices among various software wallets of the following list:

Zilliqa can become one of the major players in the blockchain industry. The academic nature of the project and the support from researchers and developers mean Zilliqa can achieve more in growing its user-base and reach while maintaining the fundamental technical capabilities.

The scalability feature in Zilliqa, for example, is one of its most important competitive advantages that may someday defeat traditional blockchains.

The research and development roadmap for Zilliqa in 2020 covers 14 projects. The main project is a result of R&D and focusing on this element as moving forward, can guarantee the success of the Zilliqa in the future.

Decentralization of storage layer, efficient smart contract sharding, support for zk-SNARKS, and developing layer 2 are some of the milestones for Zilliqa in 2020.

Should Blockchain and Crypto be Taught at School?

0
In present times, blockchain and crypto have gained mainstream relevance. People of all ages are showing an increased interest in the concept. Therefore, many...
Read more
Companies

0
One of the leading digital assets platform, Bakkt Holdings, has entered into a partnership with 127-year-old U.S.-based Sullivan Bank to allow its clients to buy,...
Read more
Price Analysis

0
Ethereum hasn't been spared the sell-off, reading from the performance in the daily chart. Overall, the path of least resistance is defined and is...
Read more
Companies