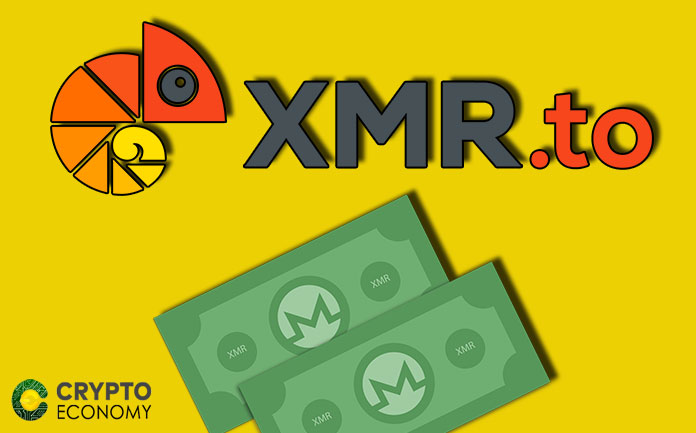 XMR.to is simply an online service that allows users to make anonymous payments via the well known cryptocurrency, Monero. Primarily, the user pays money to XMR.to which then makes Bitcoin payment in the user’s name. Since XMR is a privacy oriented cryptocurrency, its transactions cannot be traced.

While other cryptocurrencies have made it highly difficult to hide their payments, Monero is already recognized as one of the most anonymous crypto in the ecosystem. Due to this, Monero is becoming the most preferred option in the cryptocurrency ecosystem where discretion is valued.

With XMR.to, users can pay another person’s Bitcoin address with Monero while transferring it to a third party at the same time.

The XMR.to has 3 basic steps through which users can transfer money.

While making an order with XMR.to, the user is basically creating a contract that shows that XMR.to will receive a specific amount of XMR and will make specific Bitcoin payment on their behalf. Users are recommended to take note of the order secret key given to them. They can later on use that secret key to track the order of their status.

Once an order is placed on XMR.to, it only stays valid for 15 minutes. Therefore, the user needs to send the relevant amount to the feature within that time window. In case they delay, the order will not be processed. When the user requests an order, they’ll see a BTC/XMR exchange rate that has XMR.to’s fees attached into it.

Essentially, the transaction process is completely private. This is such that not even XMR.to sees where the payments come from. The XMR cannot be traced back to the user. The only personal data given to the feature is the user’s IP address.