What is SUI Blockchain and What Makes it so Special for Investors? 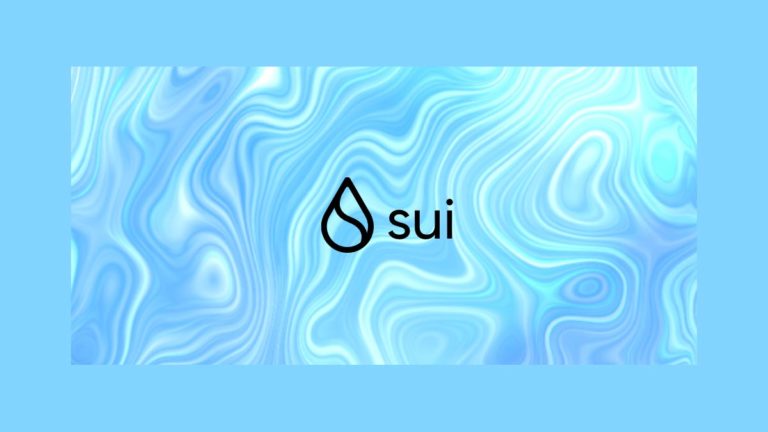 In the continuous evolution of layer-1 (L1) blockchain networks, it is becoming more and more challenging to identify which ones are here to stay as they appear at an increasing frequency. This year, the Sui blockchain was added to the growing number of platforms for programmable smart contracts that have been launched in the past few months.

Having said that, Sui has a lot to offer besides just a blockchain platform; it also features a unique set of features that make it a lot more appealing than the rest. Furthermore, Sui announced that it had closed a $300 million Series B funding round, which demonstrates that the blockchain platform is here to stay.

There is therefore now a greater need than ever before to explore the intricacies of this network in order to identify what makes it so unique. The following guide will help you find out what Sui Blockchain is.

In order to adequately answer the question stated above, we will cover several aspects in this guide. At the beginning of this article, let’s take a brief look at Sui before moving on to the actual article.

We will explore how the platform works and what makes it unique in the next section. Continuing on our journey through the guide, we will look at some of the benefits and features that Sui offers. As a final note, we will talk about Sui development in more detail and briefly talk about a programming language, called “Move“, that we will be using for this purpose.

What is the SUI Blockchain

A layer 1 proof-of-stake blockchain, named Sui (pronounced “swee”), has the capability of allowing smart contracts to be written on it. In this project, Mysten Labs is collaborating with Meta’s (Facebook) Project Libra, an initiative started by ex-employees of the social network.

Libra is one of those permissioned blockchains and stablecoin payment systems that never quite got off the ground, but there are still some teams working on it. It is also true that some developers who worked on Aptos and Sui as well as Project Libra (a.k.a. Diem) are currently working on other projects.

Besides being backed by popular venture capital firms, Mysten Labs also has the support of angel investors. There are a number of examples, including FTX, Circle, Binance Labs, and Electric Capital, to mention just a few.

In order to take advantage of the scalability and low latency, the Sui/Mysten team strives to provide a better user experience. By using Sui, developers and creators will be able to tailor the experience to the particular needs and preferences of the user.

As Sui operates on a 24-hour cycle, it operates in epochs (hourly periods). The epochs are managed by a committee of validators. Throughout the course of time, the permission-less validator set changes epoch by epoch.

Validators can be delegated the responsibility of validating stakes for users. You can earn a share of the fees by delegating your stake but you can also consolidate your voting power. Further, the agreement stipulates that as long as two-thirds of the overall stake is assigned to honest parties, the Sui network will be able to maintain its security properties.

It is possible for validation servers to scale horizontally using intra-validator sharding. This allows nodes to scale by dedicating more resources to a node in order to increase its capacity. As an example, this could be achieved through CPU, memory, storage within a machine, or across several machines at once.

Main Features of the SUI Blockchain

A number of features are available with Sui. With the help of Sui, it is possible to scale horizontally without facing any upper bounds. By utilizing this technology, it is possible for them to meet application demands while maintaining extremely low operating costs per transaction at the same time.

A fundamental advantage of Sui is that it eliminates one of the bottlenecks that exist in existing blockchains due to its innovative design. As a result of the sequential block structure of traditional blockchains, transactions (even though they are independent of each other) waste abundant computational power as they are stored in sequential blocks. Sui’s innovation is the way that they are going to organize the data into independent objects, allowing them to execute transactions in parallel.

As a result of its ability to parallel agree on causally independent transactions, the network is also capable of scaling throughput horizontally. Byzantine consistent broadcasting allows them to accomplish this goal, which eliminates the overhead caused by global consensus while ensuring the highest levels of safety and liveness at all times.

The unique features of Sui will allow for unrivaled scalability, as well as instant transaction settlement. Changing the processing power of Sui’s network is one of the ways in which the authorities are able to meet the increasing needs of the network. By doing so, it would be able to reduce gas fees, even when the network traffic was high, and we would be able to provide better user experiences for web3 applications.

What services does SUI offer?

A number of services are available to users through SUI’s innovative blockchain technology. There are many real-world challenges that can be solved regarding the use of decentralized services.

In order to support the developers onboarding the next billion users of web3, Sui’s team released the Sui Explorer in order to provide a trusted transparency tool for its users and builders.

Any layer 1 platform must have an Explorer as a component, which serves as an inspection and analytics tool for users and developers to troubleshoot issues, confirm their activities, and verify holdings on the chain within a platform.

In order to keep up-to-date with on-chain activity, metrics, and data, Sui Explorer was designed to keep the most accurate and up-to-date information. Sui Move offers useful smart contract development and new features that are unique to the Sui Move platform, including a lookup, verification, and tracking feature for all assets and contracts. 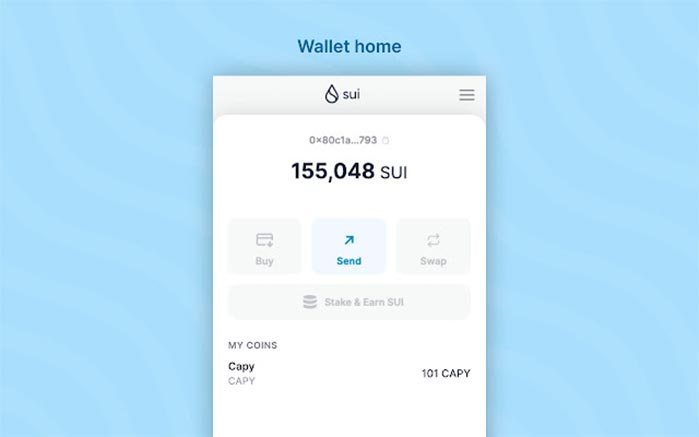 It is widely believed that the Sui Wallet repo will act as an essential ecosystem enablement tool as Sui begins to support at-scale use cases, Move-powered ownership models, and other unique Sui features.

A couple of Mysten founders were also part of the team that founded Libra during those early days of the project, and so Move was born during that time. The early Libra team thoroughly studied existing smart contract languages and use cases before they came up with the idea of creating their own language, in order to better understand what developers wanted to accomplish and where existing languages did not meet their needs.

This product is feature-complete, is supported by advanced tools, has a wealth of documentation, and has numerous examples that can be found online. I have written a series of tutorials on programming with Sui Move objects which is a component of this series.

It is possible to download a cookbook that contains Sui Move basic knowledge, design patterns, and sample code. This service is designed to provide users with the enhanced VSCode plugin built by the Mysten Move team that supports code comprehension and error diagnosis.

As a result, it is also possible to integrate Move builds, tests, package management, documentation generation, and the Move Prover with the Sui CLI. Developers can also take advantage of a range of examples that include fungible tokens, NFTs, decentralized devices, and games.

What is the SUI Blockchain Token?

As the native asset of the Sui platform, the SUI token has a total supply of 10,000,000,000 (i.e. 10 billion) coins. As part of the platform’s mainnet launch, a portion of SUI’s total supply will be released to the public. In the coming years, the remaining tokens will either be invested or distributed as future stake reward subsidies over a period of time.

There will be four main purposes for the SUI token: Staking, gas fees, serving as an underlying asset within the economic system, and lastly, serving as a means of governance. There are two ways to stake SUI. The first way is to participate in the platform’s proof-of-work mechanism by staking it.

SUI is used as a means of paying for gas fees which are required to carry out various operations on the platform, such as executing and storing transactions. As an asset on the platform, the SUI is used to value all of the traditional benefits of money such as use as a unit of account, as a medium of exchange, and as a store of value.

It is an advantage for SUI token holders to be able to vote on on-chain governance issues that affect the Sui platform on a regular basis, such as protocol updates.

When will SUI’s ICO be held?

There is no mention of the SUI token airdrop yet by Sui, although it launched incentive-based testnets shortly in order to reward participants in those testnets.

How to invest in SUI Blockchain

The Sui network will be supported by a network of validators, which will form its backbone. As of right now, they can participate in incentivized testnets that offer incentives. Through the processing of transactions by each validator, as well as their participation in the consensus process, Sui will develop into the world’s most secure and safe network.

The SUI Team Who is behind it?

The founding members of Sui include Evan Cheng, Adeniyi Abiodun, Sam Blackshear, George Danezis, and Kostas Chalkias. Their co-founders are former executives in Facebook’s advanced blockchain research and development organization (Meta) and have worked together for over a decade.

It was they who delivered some of the most advanced open-source components for the Diem network, including its programming language, execution engine, and cryptography, as well as some of the software components which power the network.

A brief introduction to the Sui blockchain has been provided in this guide by analyzing the intricacies of this blockchain. As a result of the guide, participants were able to delve deeper into several different aspects of the blockchain, among which were how the platform worked and its main benefits and features.

It was Mysten Lab that came up with the idea of creating a blockchain network. It is also being marketed as being the first-ever permissionless layer-1 (L1) solution of its kind to be built from scratch. The Sui platform is not only fast and scalable, but it is also a smart contract platform with a focus on speed.

In order to ensure the high efficiency of the platform, parallel transaction execution can be used and consensus can be circumvented for simple blockchain transactions in order to increase efficiency. 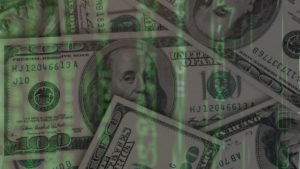