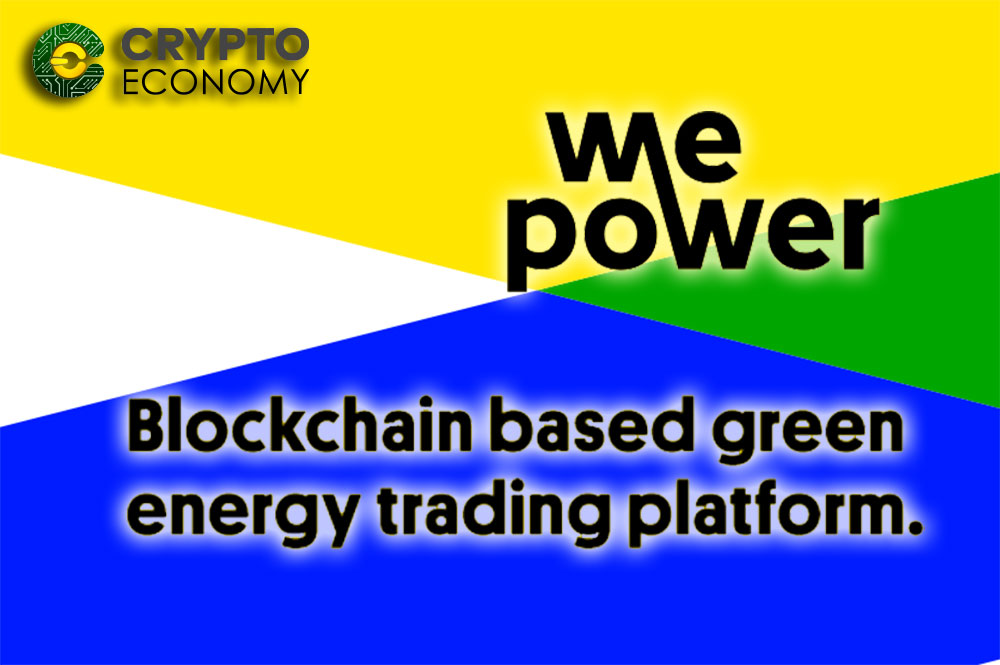 The solutions that the blockchain technology is offering are opening possibilities even in the field of energy development, which result in an improvement to the quality of life thanks to the production and development of green energy. In this sector is highlighting a platform that integrates blockchain and green energy into a vision of next generation services and about which we will talk here: Wepower.

With a cutting-edge vision, WePower is creating a new cryptocurrency to help empower and drive a more democratic renewable energy financing and purchase system, in which everyone can have a place.

Wepower’s proposal has two great aspects. Firstly, it is bringing together renewable energy companies, including solar, wind and hydroelectric plant platforms to add them to its main platform. And on the other hand, it is linking investors who are basically paying in advance the right to consume electricity generated by these renewable energy plants. To make this viable, Wepower created its utility token called WPR. This token represents in itself a kilowatt-hour unit of power produced by renewable energy plants, and is interchangeable in its value on the Wepower platform.

With regard to renewable energy producers, Wepower offers them the possibility of accessing financing to raise capital through the issuance of their own energy fungible tokens. These tokens represent in themselves the energy that these producers commit  to produce and deliver to the final subscribing consumers, as well as to investors. Renewable energy producers can deal directly with buyers of green energy, both consumers and investors, and obtain capital through the sale of energy in advance, offering lower rates than those of the conventional market. Monetary liquidity and access to capital are guaranteed through tokenization.

Wepower will also offer electricity consumption contracts at a lower price than in the conventional market. With this, the expansion in the adoption of green energy is also guaranteed.

Regarding the use of blockchain technology, through tokenization, renewable energy is being put into the blockchain, thus allowing said energy to be marketable and fully accessible to all. In practical terms, those who take electricity contracts in WePower become their own energy operators, thus replacing conventional services. In their invoices the price that they have negotiated in the platform will be shown, instead of a rate prefixed by a central entity.

WePower acts as an independent electric power supplier, allowing it to connect to the power grid and the energy exchange market, as well as to the end users of electric power. To do things tangibly, WePower will integrate its green energy trade blockchain platform into the Elering Estfeed data exchange platform.

As the founders of Wepower have said, the ultimate goal is to produce a true peer-to-peer energy platform where people sell renewable energy and can also obtain energy from that network.

WePower aims and with all reason to be a pioneer and cutting-edge company in the sector of public services of next generation, engaging in its conception Blockchain technology, intelligent contracts and machine learning achieving an authentic democratization and decentralization of the renewable energy markets.

For more details, we recommend reviewing the White paper, and to be updated about investment possibilities, follow them at their Telegram channel.