Vitalik Buterin clarifies his criticized opinion on the growth of cryptocurrencies 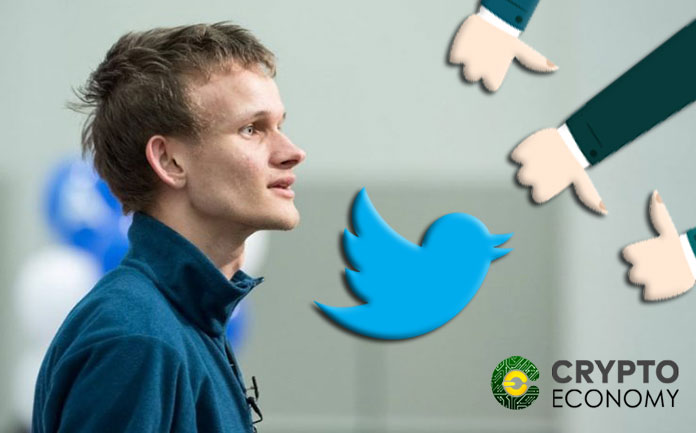 The co-founder of Ethereum, Vitalik Buterin, has stated that his comment considered by many negative about the massive gains in cryptocurrencies does not imply that there are no more spaces for growth in the ecosystem.

Vitalik had in an interview last week stated that the days of massive profits in cryptocurrency investments are gone eliciting mixed reactions and criticism from many in the crypto community.

Despite the fact that there was a lot of sense in his assertions, some of the comments were unforgiving and showed outright harshness. This may have prompted Buterin to clarify his stance on the issue in recent tweets in which he wrote:

“What I *actually* said is that, because large portions of the population have already heard of crypto, further growth of crypto in any sense must come from *depth* (ie. actual usage), and not bringing in more attention.”

Buterin in another tweet took a swipe at those critical of his comments for misconstruing them. He added that if they continued misunderstanding simple statements, they would be creating the sort of wrong impression Justin Sun does in people’s minds about cryptocurrencies.

Justin Sun is the founder of Tron who is known to make some outrageous and somewhat unrealistic predictions. The tweet of Buterin stated:

“Me: obviously, let’s be realistic, the entire world wealth is not going to turn into cryptocurrencies…
Media: VITALIK IS A PESSIMIST!!!!!1!!1!
Guys, if you spin things this way you’re *incentivizing* people to act more like @justinsuntron”

Even as Sun was preparing his response, the Binance CEO Changpeng Zhao had a word of support for Buterin and seemed amused at the Tron founder’s antics. CZ as he is fondly called in responding to Buterin wrote,

“You are obviously a victim of media. They slice one sentence you say and twist it to the max. Happens all the time. But poor Justin, lol. Just too funny.”

In his response, Justin Sun was true to type in asserting his belief in a cryptonized world when he tweeted,

“I do believe the entire world wealth will turn into cryptocurrencies like blackhole and grow much bigger in the future. Cryptocurrency will hit 10 trillion USD market cap before @Apple and @amazon do. We will see. Time will tell. #TRON #TRX $TRX”

It is obvious that Buterin does not say any madness, although many lovers of cryptography and speculators have difficulties to reconcile the current reality with their expectations.