Visa Applies for Patent to Launch a Digital Fiat Currency 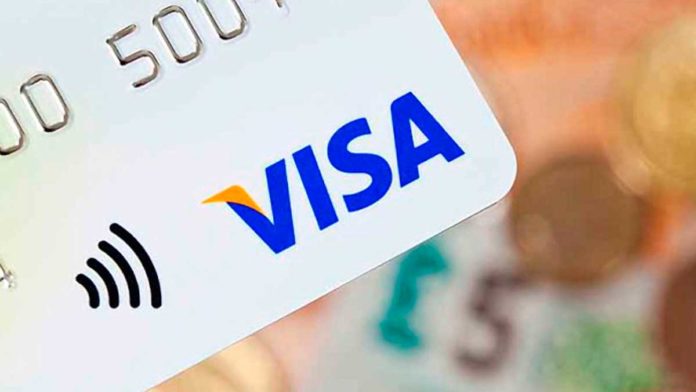 Global payments giant Visa has applied for a patent from the U.S. Patent and Trademark Office (USPTO) that will see a centralized party create and distribute a digital fiat currency based on a blockchain.

Described as ‘Digital Fiat Currency,’ the new patent was published on Thursday, however, the USPTO notes that the application was filed back on November 8th, 2019.

According to Visa, the patent allows any centralized entity, most probably a central bank, to issue digital versions of their local fiat currencies ensuring that the central entity is in charge of issuance and distribution.

Forbes magazine, which was first to report on the publication of the patent wrote that the new patent “applies to digital dollars as well as other central bank digital currencies such as pounds, yen, and euros and so the physical currency of a central bank anywhere in the world could be digitized.”

Visa mentions the popular smart contract platform Ethereum as well as Hyperledger Fabric as possible alternative platforms on which this Digital Fiat Currency system could be based.

Ethereum allows any party to create a digital asset on the platform taking advantage of a virtual machine run by multiple nodes globally. The Ethereum virtual machine is large enough to guarantee the smooth operation of a nationwide currency, however, this application has not yet been done before which presents a risk for any sovereign entity looking to digitize their fiat currency.

“Visa has a vast global team of inventors and innovators working on cutting edge payment technologies. Each year we seek patents for hundreds of new ideas,” a Visa spokesperson told Forbes on Thursday.

“While not all patents will result in new products or features, Visa respects intellectual property and we are actively working to protect our ecosystem, our innovations, and the Visa brand.”

In another interview with J. Christopher Giancarlo, who is a Senior Counsel at Willkie Farr and Gallagher and former U.S. Commodity Futures Trading Commission chair, Giancarlo stated that this application shows just how willing private entities are to work in collaboration with state entities to revolutionize various sectors.

“This patent filing is evidence the private sector is very much at work on the future of money,” he added.

Visa, despite being one of the leading proponents of the traditional finance system, has been an ardent supporter of the emerging technology and most notably blockchain. So far the most successful application of blockchain has been cryptocurrencies and this is an area of expertise in which Visa is most knowledgeable.

The company joined the embattled Libra Association as a member last year only to drop out due to regulatory pressures. The Libra association is an organization set up by Facebook to launch and issue a global payment system independent of any government input.

Visa has also partnered with blockchain industry players such as popular crypto exchange Coinbase and Fold App to roll out payment cards linked to cryptocurrencies.