US President Trump Unimpressed with Bitcoin and Facebook’s Libra 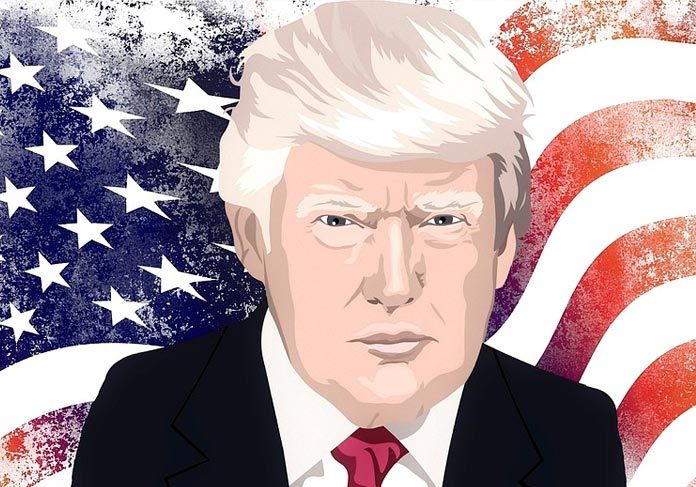 US president Donald J. Trump has revealed publicly his position on blockchain and… (Surprise, surprise!)… he is “not a fan of Bitcoin and other cryptocurrencies.”

Trump took to Twitter to share his views about the flagship cryptocurrency for the first time since being elected president of the United States back in 2016. According to Trump, these digital assets “are not money” citing the wild volatility that has plagued the coins since their inception.

Additionally, he claimed that their value is “based on thin air.” Not one to let the Twitter character limit stop him, Trump let the world know what he truly though in a tweet thread where he also added more opposing views on the innovative technology.

Facebook’s latest attempt at disrupting the financial space also got the brunt of his tirade saying that the Libra project will have “little standing or dependability” as a virtual currency.

Trump’s tweets come at a rather interesting time. On the evening of the Twitter tirade, Trump held a closed-door meeting dubbed the “Social Media Summit” in which the president invited a group of right-wing social media notables to discuss the social media industry. It was notable that representatives from leading social media companies including Facebook and Twitter were not invited to the ‘Summit’.

“If Facebook and other companies want to become a bank, they must seek a new Banking Charter and become subject to all Banking Regulations, just like other Banks, both National… …and International. We have only one real currency in the USA, and it is stronger than ever, both dependable and reliable. It is by far the most dominant currency anywhere in the World, and it will always stay that way. It is called the United States Dollar!” His other tweets read.

Suffice to say, this Twitter rant attracted a lot of opposing views from the Crypto Twitter community. Unexpected of Trump, he has not posted any responses to the multitude of roasting comments against him on the platform.