What is a swap token? 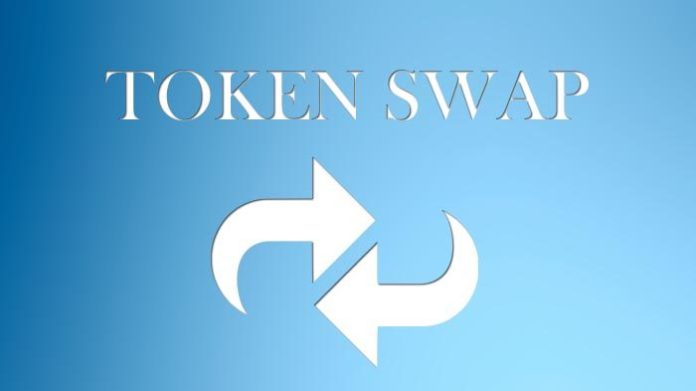 Here in Crypto Economy we have reviewed numerous blockchain projects of the most diverse nature, in which the common factor has been besides being based on a blockchain that empowers each platform, and tokenization.

Having own tokens or cryptocurrencies has been an element of indisputable importance since in addition to serving as a fundraising motive through ICOs, they are also the blood of the economic system that powers each project.

However, the crucial that the tokens can effectively serve in terms of the main purpose for which they have been created, which is to serve as means of exchange of value between peers.

It may happen that some aspects of scalability mean that the viability of a token is compromised and there is no alternative but to rethink it, or simply that the growth of the number of transactions has been enormous and it is necessary to migrate to a new and better blockchain.

In both cases the solution consists of migrating the possessions of tokens from one place to another, and in this roughly consists of what is known as swap.

We have recently seen and reviewed tokens swap events such as ICON, EOS and Tron, and even without going very far just a few days ago we talked about the Travelflex swap token.

A token swap is nothing more than the transfer of a cryptographic token from a native blockchain to another new blockchain. But this should not be confused with an exchange as we usually see in everyday life, what happens in a swap is that instead of exchanging a token for a different one in an exchange, each token is replaced by a “new” one in the new blockchain, and the “old” tokens are recorded.

A typical example of which we have been able to review is that a project launches its ICO and places its tokens compatible with the ERC20 standard in a public sale offer, and after this ICO has been finalized and the target collection amount has been reached, the owners of the platform proceed to migrate all those tokens placed towards the final and own blockchain of the project as such, according to the benefits offered to the public.

The way in which the swap occurs depends on the decisions the owners make in each project that will experience that process. It can happen that the tokens are temporarily deposited in a platform of a third party, as an exchange for example, while the requirements to complete the swap to the final version are completed, or it can be done by transferring the tokens from the original project wallet, to another new wallet provided by that same project for that purpose.

The conditions of the procedure are set by each platform, and the owners of tokens must at all times be very careful to follow the precise instructions indicated in each case.

And this is the most important thing to take care of since the risk of having a token that will be migrated to a new blockchain is that you can lose those tokens completely if the instructions that have been given are not followed righteously.

Token swap can happen at any time and will never happen in an untimely manner, as each project or platform will announce its intention to perform the migration of tokens, and will set the instructions and deadlines through all its communication channels to verify the exchange of tokens. Therefore, it is essential that the user of the tokens keeps updated about the news of the platform in which he has invested.

The best way to stay updated about the news of the different platforms is to follow them on their social networks and sign up on the list of emails they make available to their users, so that the update that leads to a swap will never go unnoticed on a certain moment.

ChainSwap Raises $3M in a Strategic Investment Round

Things you should know about the Travelflex Swap