HomeCryptoNewsWhat are the Impacts of Blockchain Technology on the Health Sector?
CryptoNewsFeaturedTechnology 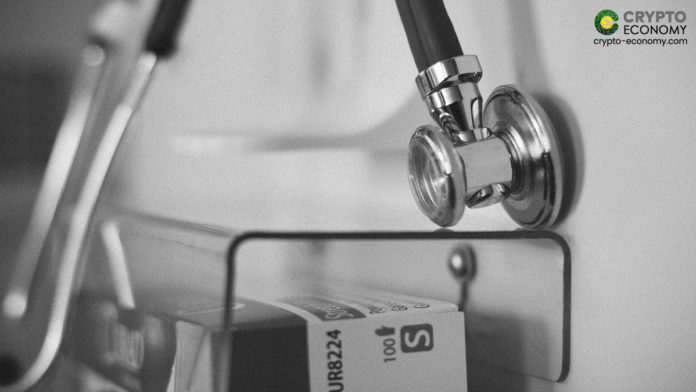 Blockchain advocates believe that the technology will touch, if not disrupt, every major industry and will even alter the way that people and societies interact. That is what we have seen in recent years. Unlike its early days, blockchain technology is not limited to just simple monetary transactions. Thanks to its efficiency, low costs, and transparency, blockchain has enabled solutions that were not previously possible.

A surge in blockchain-oriented projects, organizations, and platforms began in 2013 and has grown at an accelerating pace since then. Many innovative projects are emerging each month, with likely many more currently in stealth mode.

The social impact of blockchain is huge and the most basic necessity of life, healthcare, is also innovating with this technology. In the below, we will take a look at how blockchain has impacted the health sector.

The scope of blockchain technology in the healthcare industry is immense. Blockchain initiatives in the health sector started later than those in other sectors, but they grew significantly in 2016 and 2017. According to a publication of Peer bits, the total revenue which was at approximately $34.47 million in 2017, is expected to grow to $1415.59 million in 2024.

During the COVID-19, many blockchain-solutions to help fight against the pandemic emerged. As Crypto Economy reported, VitalHub, a blockchain company based in Canada, deployed a blockchain-enabled COVID-19 electronic screening tool named DOCit. TrackCOVIDCluster, an IOTA blockchain-powered application developed in the online WirVsVirus hackathon in Germany, was introduced in May that tracks the location of people infected with COVID-19 disease.

A study titled “Blockchain for Social Impact: Moving beyond the hype”, published by Stanford Graduate School of Business reveals that the health sector has attracted more initiatives than any other sector since 2016. Out of all the initiatives started in 2016 and 2017, “25% were focused on health, which is nearly twice as much as the next leading sector, financial inclusion (13%).”

These numbers are promising but what are the possible applications of Blockchain technology in the health sector.

Maintaining the health records of patients is one of the biggest challenges in the health sector. While third-party information exchanges exist, they can be costly and challenging to interoperate, as each system has custom data standards and processes. There exist many electronic health systems and they each contain data that is different from other systems. This means that patients’ data is scattered across many different systems, making it difficult for doctors to access a patient’s full medical history.

A blockchain network can be leveraged to ensure the integrity of all the medical records. Once a patient’s data is uploaded on the blockchain, it will be there forever. Doctors and medical staff can easily access that patient’s health record and previous treatment data through validated access to information.

MTBC, medical billing and health IT company based in Somerset, New Jersey, has implemented a permission-based Blockchain network, which holds the references of the medical records, exchanged with permissions, between multiple EHRs. Patient’s control access to their records via their EHRs mobile app, and can grant permission to any provider whose EHR joins the network.

Medical scientists and researchers via validated access to the patient’s data can effectively study the impact of any specific treatment on a disease. This will result in improvement in the treatment methodology and medicine.

Pharmacist companies can access a patient’s data stored on the blockchain to make custom medicine for him.

According to the Stanford Graduate School of Business report, the Pharmaceutical supply chain is the most used application of blockchain in the health sector.

The safe transport of medicine and vaccines from manufacturer to end-user is a concern worldwide. One key challenge is that many medicines and life drugs items only remain viable within a certain temperature range, and if exposed to temperatures too hot or too cold during the supply, the medicine no longer works as required. The real-time tracking capability of blockchain technology allows pharmacist companies to discard medicines that are no longer in acceptable condition.

Another key problem is counterfeit drugs. According to an estimate of the World Health Organization (WHO), 700,000 deaths each year are the result of counterfeit malaria and tuberculosis drugs alone. Blockchain technology comes forward in this regard. As product data is stored securely on the blockchain, a customer can easily trace back its origin.

The healthcare industry can leverage blockchain technology to have a cluster of benefits and applications. Features like security, transparency, and real-time tracking can solve the longstanding issues in this sector. But the large-scale implementation of blockchain in the healthcare industry is going to be easy. The technology is relevantly new and therefore, some uncertainties are there too.

The health department often falls under government responsibility and is highly regulated. Still, there are no clear regulations around this technology. So it is too early to say that the blockchain will take over the traditional systems. Changes do not come abruptly. Blockchain is still a nascent industry and evolving with every passing day.