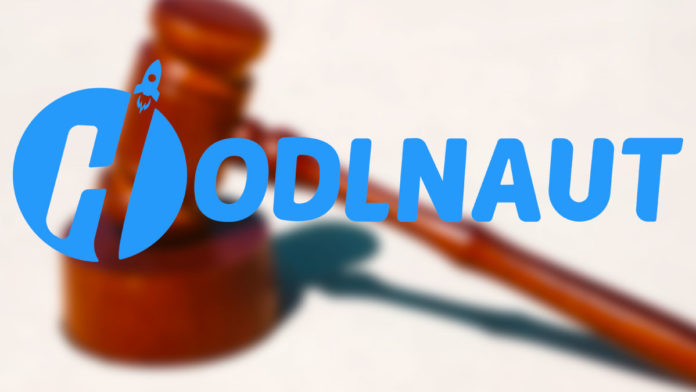 During the current bear market, the Singapore-based crypto lending platform Hodlnaut is seeking judicial management to deal with its ongoing liquidity crisis and avoid its assets being forced to be liquidated due to a lack of liquidity.

Hodlnaut has made an announcement about this matter on its website, and it can be found here. During the process of stabilizing the company’s financial situation, the Founders, as well as the Hodlnaut team in Singapore, are working closely with the lawyers to determine the best course of action.

They have also weighed the various options for the next steps that are available to the company. The company tries its best to avoid the prospect of being forced to liquidate the assets, as this would be a suboptimal solution that would force us to sell the users’ cryptocurrencies, such as Bitcoin, Ethereum, and WBTC, at the current depressed asset prices in order to meet the liquidity needs of users.

It is believed that, instead, the company, if it undergoes judicial management, will have the best chance of recovering its financial position. In order for Hodlnaut Pte Ltd to be placed under judicial management as of 13 August 2022, the company filed a petition with the Singapore High Court on behalf of itself.

During this pause, the company will be provided with breathing space from which to concentrate its efforts on rehabilitating the company in accordance with its recovery plan.

Having made this application, Hodlnaut has proposed the appointment of the Interim Judicial Manager and, subsequently, the Judicial Manager, Mr. Tam Chee Chong of Kairos Corporate Advisory Pte Ltd.

In spite of the fact that these applications have been filed, they have yet to be heard in court, so their outcome may be subject to change depending upon the outcome of the court proceedings.

We expect that Hodlnaut will provide a further update on the judicial management process at the next update on 19 August, where we expect to present more substantive information about it.