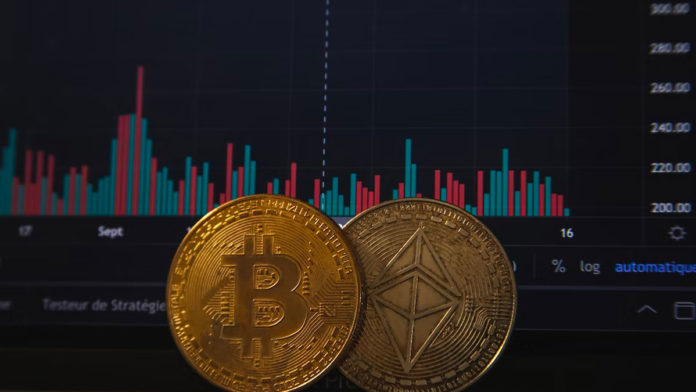 BLOCKDATA has published a new report about companies that are investing in crypto and blockchain projects.

Additionally, the company revisited the activity in blockchain investment within the top 100 public companies in terms of market capitalization in order to understand what was different and what was trending, as well as which new entrants were investing now in the blockchain sector.

The purpose of this brief is to investigate the blockchain investments made by the top corporations between September 2021 and mid-June 2022, using the funding data from CB Insights.

Institutional Money Coming to the Industry

The blockchain/crypto space has seen a tremendous amount of investment in the last few years. This includes forty different corporations. In terms of investment, Samsung has been the most active, having invested in 13 different companies.

Whenever these corporations participate in financing rounds with multiple or many other investors, in most cases, the report is unable to determine how much money they have invested in these rounds. 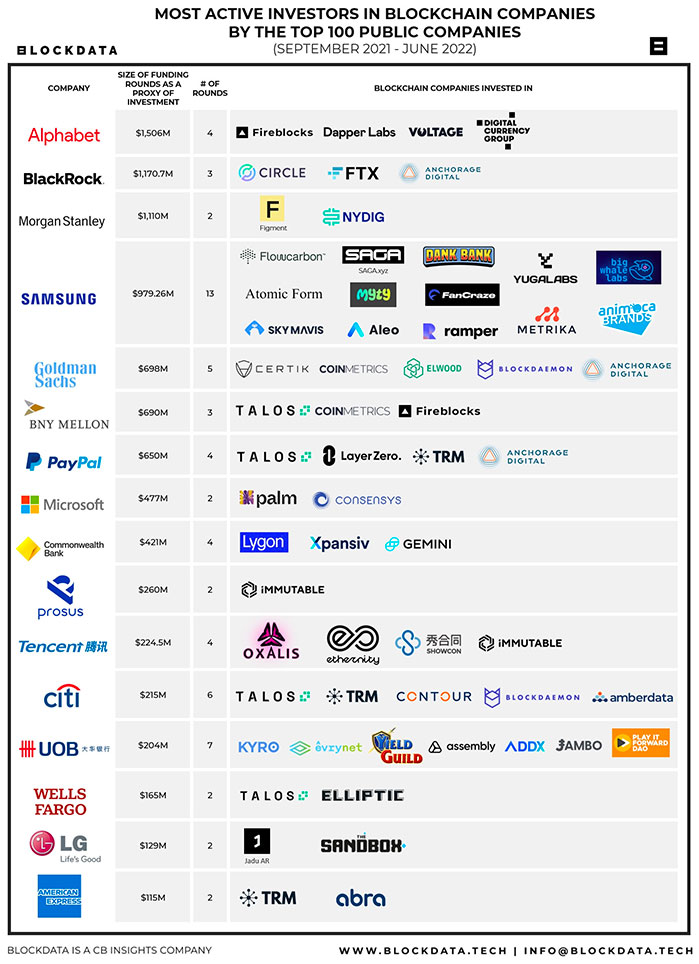 During the period of September 2021 to June 2022, approximately $6B was invested by forty companies into blockchain startups. In some rounds of investment, there are multiple investors who participate, making it unclear how much each investor contributed to a project as a result of the multiple investors.

As a result, MasterCard has focused most of its effort on providing incubators and accelerators to 4 blockchain startups since then. To remain on top of the digital assets landscape, it also acquired CipherTrace, a crypto intelligence company, in September 2021 in order to bolster its cybersecurity solutions.

0
Many interesting facts about the market are revealed in the results of the Annual Australian Crypto Survey, which was commissioned by Swyftx, an Australian...
Read more
Companies