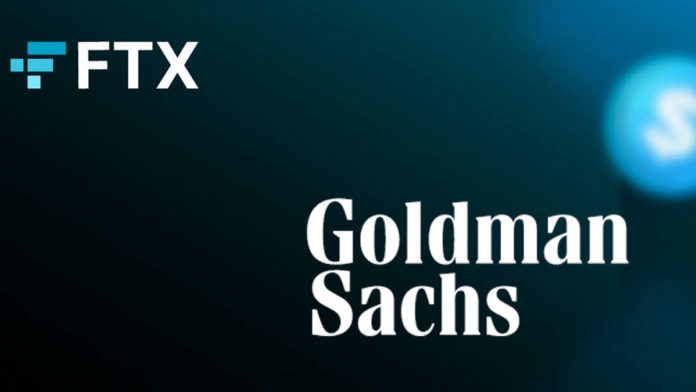 Goldman Sachs and FTX are currently in talks about integrating some of their derivatives businesses. FTX is one of the largest crypto exchanges in the world, and traders and investors alike use it. As of today, it is offering crypto trading through its subsidiary FTX.US to U.S. investors. Moreover, it recently acquired a derivatives exchange that is regulated by the United States.

The company, in fact, has formally notified the Commodity Futures Trading Commission (CFTC) that it will be seeking a modification to its license in order to perform the functions of exchange as well as an intermediary in the leveraged derivatives trades. In the case of borrowed money, the company would be in charge of dealing with the collateral and margin requirements in-house.

As a result, they are referred to as “futures commission merchants,” or FCMs. On the other hand, certain brokerage firms, such as Goldman Sachs, are currently handling that function.

It has been reported that Goldman Sachs is one of the financial consulting firms that are in discussions with the firm, according to a person familiar with the matter. There are sources familiar with the matter stating that FTX may think about integrating with TSE in many different ways, that include trading futures directly, introducing clients to the exchange, offering on-ramps to the exchange, or even providing capital top-ups to traders, besides trading futures directly.

According to FTX, integrating the trading of derivatives in-house would pose the risk of disintermediation, which could pose a threat to a corner of the market dominated by Goldman Sachs and lead to a perceived threat to middlemen such as them. Goldman Sachs, along with a number of other companies involved in the derivatives industry, including brokerage companies, hedge funds, and other companies, have resoundingly opposed the proposal.

A new responsibility for FCMs has been put forward with regards to the storage of collateral, and the availability of capital in an emergency, such as making so-called “margin calls” when additional capital is required to maintain positions. There are also clearing houses that are involved in such instances and act as a buffer between buyers and sellers, providing them with capital to cover losses in the event that there may be a default.

0
It was recently reported that FTX is considering a deal for the acquisition of Robinhood Market Inc. However, the exchange has denied these rumors....
Read more
Companies

The CEO of FTX Blames FED for Crypto Market Degradation

0
The extensive bear run of the crypto market has frustrated the digital asset industry. Investors have lost severely in this bleeding market. Billionaire and...
Read more
Companies

0
In an announcement made today at the FTX exchange, it was announced that FTX Japan was being launched to serve Japanese customers. As a...
Read more
Reviews

0
As one of the fastest-growing cryptocurrency exchanges in the world, FTX Exchange offers advanced trading options including margin and futures trading. FTX.US, a separate...
Read more
Companies

0
In a move that could increase crypto adoption, Coinbase Global Inc., has teamed up with investment banking behemoth, Goldman Sachs Group, to roll out...
Read more
- Advertisment -
Posting....
We use cookies to ensure that we give you the best experience on our website. If you continue to use this site we will assume that you are happy with it.OkPrivacy policy