Home CryptoNews The SEC's next move could be the key step in the regulation...
CryptoNewsFeaturedRegulation 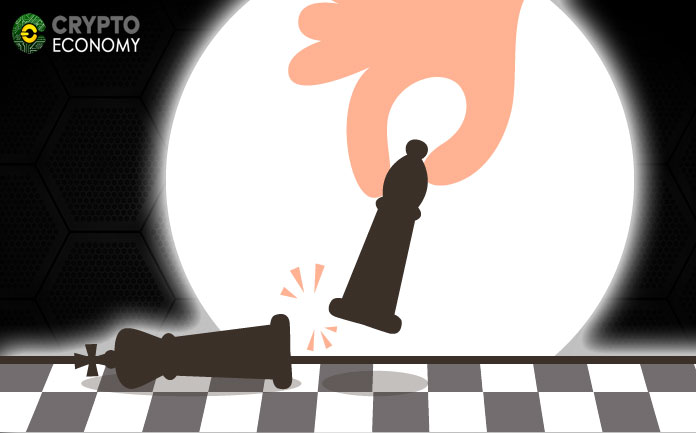 Regulatory gaps in terms of cryptocurrencies can sometimes lead to situations that result in successes or restrictions by entities, whose mission is precisely to serve as regulator and supervisor. In the American case, this regulatory entity is the SEC.

The SEC is news constantly due precisely to the problems arising from the regulatory vacuum that the cryptographic activity suffers in its jurisdiction.

The different actors of the cryptographic activity have to be understood with the different regulatory entities that make political life, in order to establish a better understanding on the subject, and thus help that they can begin to produce normative texts that serve as an adequate regulatory framework for an urgent area of ​​legislative understanding, the rhythm of cryptography can not wait for certain things to simply “happen”.

A recent ruling in a court case in the state of New York ruled in the first instance among several aspects, that digital currencies are likely to be regulated by securities laws. This situation is important to understand from the regulatory vacuum that so far persists in the subject.

With the need to put an end to the regulatory vacuum on the subject of cryptocurrency activities, several congressmen from the USA recently sent a letter to SEC President Jay Clayton, requesting greater regulatory clarity from this entity regarding cryptocurrencies.

Let the own congressmen who create the new laws be those who are looking for clarity in the subject, does not stop being something significant in face of the imminent formal regulation of the cryptographic space.

In that letter the congressmen asked Clayton to clarify to the investors how the SEC plans to regulate the digital currencies. The singular request seeks to obtain greater clarity on the criteria to identify digital tokens as “investment contracts” and, therefore, as values. The SEC is also being asked for a more descriptive explanation of what mechanisms the SEC will use to provide more concrete guidance to innovators in the cryptographic field. 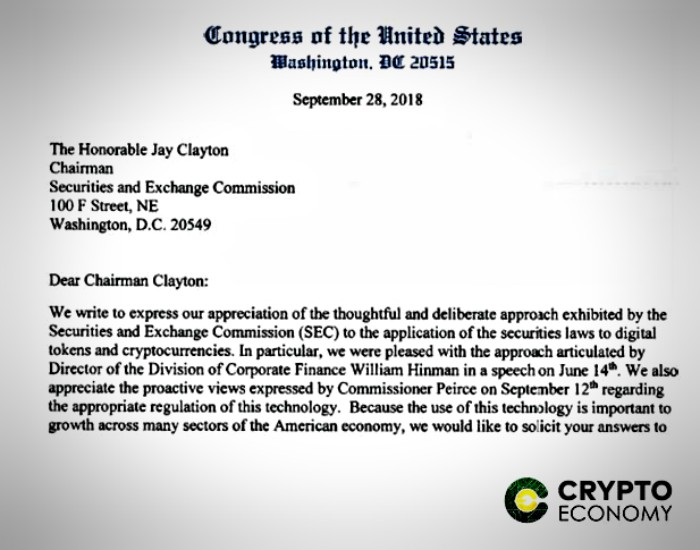 An aspect of first importance of that singular letter, is the congressmen expressed their worry about the treatment of the ICO since in their understanding, the way in which the SEC has been treating the subject prevents the innovation in the USA And it could eventually cause the cryptographic activity along with its innovations and dynamics, as well as the business, to be directed towards other more friendly foreign jurisdictions.

While this was happening, in the crypto community it was rumored that exchanges such as Kraken, Bitmex, Binance and others could be at risk of severely affecting their operations due to the application of certain regulatory criteria by the SEC in their activities, especially in terms of evaluating the policies of services and consumer protection actions.

Whatever the outcome may be, the need to achieve regulatory clarity is becoming more important in the agendas of cryptographic players and it is expected that we will soon see their results.