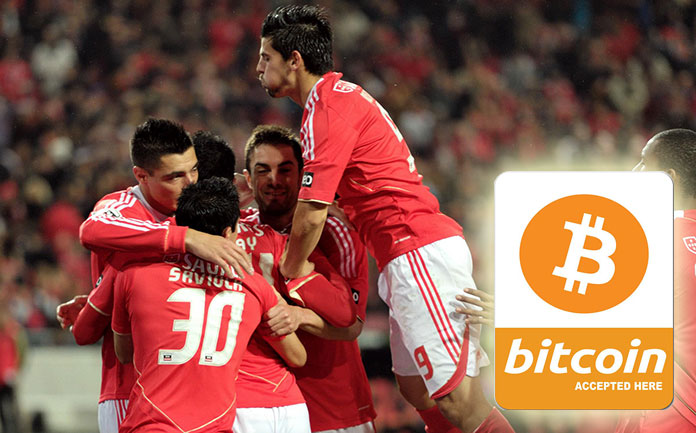 Portuguese football club SL Benfica is ready for your crypto now. Starting Wednesday, June 5th, the club will be accepting payments in both Bitcoin and Ethereum for game tickets as well as merchandise off the club’s online store.

Now fans of the club have an additional method of supporting their favorite team and have fun while doing it as well. A press release published on Wednesday revealed that Benfica had partnered with cryptocurrency payments processor UTRUST which utilizes its own Ethereum-based UTK token.

“UTRUST’s core technology will allow Benfica to take advantage of the increased security and convenience of cryptocurrency payments while protecting the club from market volatility. It will also significantly reduce processing fees and eliminate inconvenient credit-card chargebacks and fraudulent payments,” the press release stated.

The club’s CEO Domingos Soares de Oliveira is apparently interested in “staying ahead of the curve” and in a statement, he said that,

“[We] recognize that many of our supporters are now digital users first so we want to be ahead of the curve when it comes to accepting novel technologies.”

SL Benfica is not the first club to integrate cryptocurrencies into its ecosystem. Italian league champions Juventus have been toying with the idea of launching a custom token for a while now, something that is still in the works. During last year’s World cup held in Russia, some fans were able to pay for stadium tickets in Bitcoin, making it a first for any host to accept cryptocurrencies for tickets during a World Cup event.

SL Benfica boasts a fan base of more than 14 million people worldwide with at least half of those being active on social media platforms. Benfica’s football stadium Estádio da Luz regularly fills at least 65,000 fans during the team’s home matches every single week.

UTRUST’s role will be automatically converting cryptocurrency payments into fiat thereby shielding the team of the volatility of the wild crypto assets. Not only that but using the traditional payment methods such as payment cards exposes the team to inconveniences such as chargebacks and the normal high fees associated with traditional payment methods. So far only Bitcoin, Ethereum and UTRUST’s native UTK token will be accepted as payment.

As an added reason to make payments in the newly launched method, users of cryptocurrency are now provided a 10% discount if they use the code “UTRUST” for a limited amount of time.

0
For the past few weeks, the crypto market is suffering amid rising inflation and global tensions. Billions of dollars have been liquidated in the...
Read more
- Advertisment -
Posting....