Can we pay with digital coins in the FIFA World Cup?

FIFA was recently questioned why the organizers of the world cup never envisaged the purchase of tickets with digital currencies despite the popularity of digital currencies in Russia. Although the governing body of world football has not issued an answer, there have been attempts to find out what options virtual coin enthusiasts have to pay with these World Cup tickets.

This has become a subject of concern as many crypto users all over the world complain there have been no provisions made for purchase the tickets using digital currencies two months to the commencement of the competition. The World cup is scheduled to take place from June 14 to July 15. With 1.7 million tickets sold in the second round of the online based sales, crypto lovers in Russia and many other parts of the world are hoping there are ways to use cryptocurrencies in the world cup starting from ticket sales. The last round of online sales commenced on April 18 after which the sales will continue at FIFA Venue Ticketing Centers.

Football fans who want to enjoy viewing the games in any of the 12 event centers would need to buy the tickets. However, FIFA has designated VISA as one of the official sponsors and the tickets can be bought using the VISA CARD and other payment cards or bank transfer on the FIFA website. Spectators are required to obtain a special Fan ID while international bank transfers are required for non-Russians after downloading a form from the website. The organizers said that these measures are for comfort and safety. They also announced privileges to include “free public transport” within Russian cities. 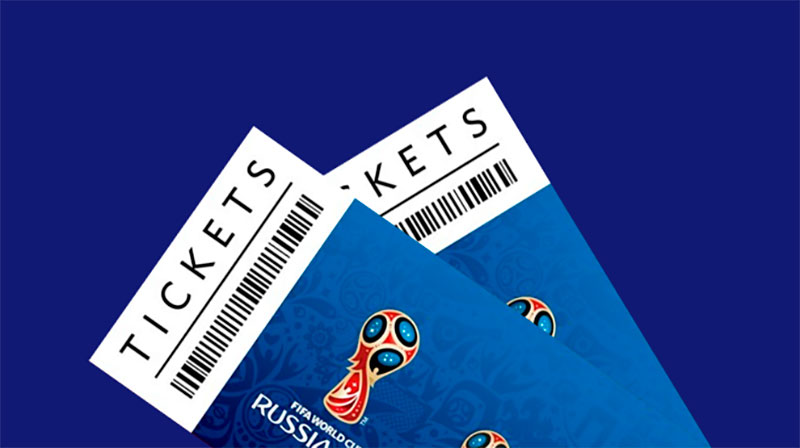 Many people around the world now prefer to make payments using digital coins mainly due to the low fees. Others have adopted Bitcoin use due to strict banking rules in their countries. In nations where inflation is an issue and those hard hit by economic sanctions, the use of digital currencies has been on the rise. These are some of the reasons why this year’s Mundial has brought up the issue of widespread adoption for some football fans.

Two companies are offering services that enable Bitcoin owners to purchase the World Cup tickets on the FIFA website using their card. Wirex is one of the companies and what fans need is order the card. The company said delivery is in weeks although there is an express delivery service which attracts more charges. The company also announced they have virtual cards which they have started selling in Sweden, hopefully, in the next few weeks; it will be available in the other dozens of countries where coin lovers are waiting to take advantage of it. There have been reports of chains of Russian hotels accepting payments in digital currencies, Malina Apartments in the western city of Kaliningrad is one of many that is accepting bookings in cryptocurrencies.

It is certain that holders of coins will find ways to spend them for the world cup.