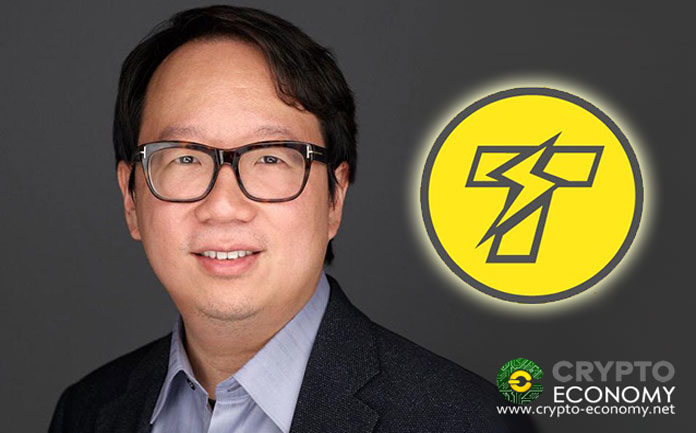 In a statement to a news outlet, Chris Wang former head of Playdom Gaming Social Network divulged his view of blockchain and his work on ThunderCore.

When asked about his past work and his view on blockchain technology, Wang was quick to point out that his work at Disney and Playdom is what is forming the building blocks of ThunderCore. At the latter, it was all about creating fun, intuitive social games, which worked well.

However, his experience in the two firms is what led Wang to realize that developers can take advantage of blockchain’s power harness and it’s high-performance to develop better games. In particular, Wang is targeting getting rid of blockchain’s deficiencies while bringing forth transparency and fairness to all.

Further on, while outlining the advantages that blockchain has over traditional gaming architecture, Wang said blockchain brings high levels of transparency. In return, transparency builds trust, which translates to a high development rate. For instance, gaming and gambling app developers cannot cheat when reviewing the games since smart contract codes are in use. Despite decentralization taking over game development, Wang believes both sectors can co-exist without any challenges and end with users enjoying better services.

Though ThunderCore is still in its infancy stages, it’s compatible with Ethereum Virtual Machine (EVM), and the latter comes with benefits. Through a direct connection, developers can use Ethereum tools and resources to foster app development. Furthermore, ThunderCore has put plans in motion to make DAI assets available for importation onto ThunderCore.

Besides the above, ThunderCore also comes with other advantages over other blockchain networks. Its high performance gets rid of major hurdles, which initially prevented user adoption.

Furthermore, through its high-performance feature, development challenges present in networks such as Ethereum are a thing of the past. Developers can build apps on ThunderCore and deploy them quickly.

Similarly, ThunderCore high-performance feature gives Wang and his counterparts’ ability to diversify their network’s usage to support a variety of apps.

While the above depicts ThunderCore as a project, future developments coming up on ThunderCore include ThunderCor Jupiter mainnet release, ThunderCore Haikili, and staking pools. Moreover, ThunderCor will also roll out cross-chain asset support to equip the network with importation capabilities, which will make ERC20 tokens and DAI asset available.

0
ETH 2.0’s genesis block is in sight as the total ETH submitted on ETH 2.0 deposit contract address has surpassed 100K. The biggest contribution came from a Dubai investment firm, IBC Group, that reportedly has invested $10 million worth of ether (ETH) to support the ETH 2.0 launch.
Read more
CryptoNews

0
Ethereum and Tezos blockchain have been selected for an experimental project that will explore and develop an Interbank Digital Currency. This is a joint project of Tokeny Solutions and four other French banks. The project is excepted to be completed in 2021.
Read more
Companies

0
PureStake, the company that develops the Moonbeam smart contract platform that provides a simpler way for Ethereum projects to expand to Polkadot, has released its next testnet version, Moonbase Alpha V3, to improve the experience for users coming from Ethereum to the Polkadot platform.
Read more
CryptoCurrency News