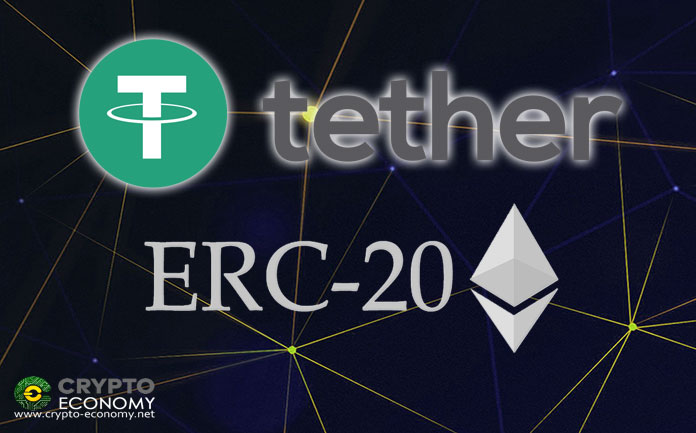 Leading cryptocurrency exchange Binance will be scrapping off support for withdrawals made in Omni-based Tether [USDT] starting July 4th in favor of Ethereum-based Tether instead. In an announcement post published on July 3rd, the exchange stated that it will suspend both deposits and withdrawals of USDT tokens to and from the exchange for approximately half an hour starting from 08:00 hrs. (UTC) on the 4th of July.

“OMNI-based USDT can still be deposited to users’ previous OMNI USDT deposit addresses and will be accepted,” the post added.

Similarly, American exchange Poloniex also announced the support of ERC20-based USDT starting July 3rd. However, contrary to Binance’s announcement, Poloniex will not be disabling support of withdrawals for Omni-based USDT but will instead offer additional support for the token. “USDT markets on Poloniex will be unaffected,” stated Poloniex. The exchange now supports all three variants of Tether based on the Omni protocol, ERC20, and Tron protocols.

“We’ve opted to support ERC-20 based USDT to give customers more flexibility and because Ethereum is faster and cheaper than Omni,” the exchange noted adding that this announcement comes “just a few months after we announced support for deposits and withdrawals of USDT on the TRON network.”

Earlier this year, popular Singapore-based cryptocurrency exchange Huobi became one of the first exchanges to offer support for the ERC20 variant of Tether. It too added support without deducting support for the other variants like Poloniex. Huobi cited enhanced user-experience as the reason to make the addition to its infrastructure and offering. Huobi Global CEO Livio Weng said at the time that,

“By offering services for ERC20 Tether, we want to make the trading experience easier for both retail and institutional traders,” adding that “This is just one more way we’re seeking to enhance user experience and better serve the trading community.”

Tether based on the Omni layer protocol is based run on the Bitcoin blockchain which expectedly makes it more expensive and slower than its ERC20 and Tron-based variants. As explained by Huobi, Tether based on the ERc20 protocol standard “has a much smoother and faster deposit/withdrawal process.”