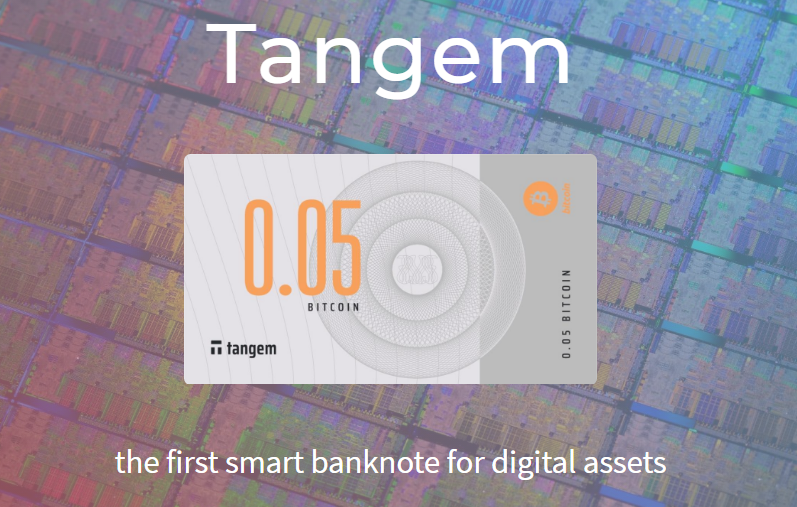 While it is true that the fundamental nature of cryptocurrencies such as bitcoin is to be primarily digital, it is not unreasonable to see them circulating at a given moment as fiduciary money, that is, in the form of coins and physical banknotes. In this sense Tangem  is the first smart banknote for the digital asset and wants to present the digital asset to millions by changing the digital Bitcoin standard.

Tangem will be a kind of physical Bitcoin, similar to OpenDime, but instead of using a USD flash drive, Tangem uses ‘smart banknotes’. Tangem is thus the first real and tangible physical Bitcoin. “These bank notes will allow physical transactions, that is, for our daily expenses, similar to fiat money.”

However, it is not completely accurate that Tangem will be the first physical bitcoin, since the project has many predecessors, with Casascious being one of them.

Tangems are smart banknotes that are incorporated with a chip that contains bitcoins or any other cryptocurrency. These smart notes will make transactions in digital currency as simple as with fiat money. Physical transactions using Tangem will be free and instantaneous. However, this is contrary to the central idea of digital cryptocurrencies that are driving transactions digitally and easily.

According to the director of Tangem, these smart tickets will be available in all parts of the world, from retail chains to special ATMs. For cryptography enthusiasts, it will be the first time that they will use a physical bitcoin as a fiduciary currency.

Thanks to the idea of the team of Tangem experts in microelectronics and their relationship with chip manufacturers such as Samsung and Infineon, the idea of creating a smart ticket came to life. These providers provided the required information of the chips that Tange could use.

Chip technology is highly secure and military grade, which makes it inviolable. Similar chip technology is used in SIM cards and credit cards. As technology has a history, all attack vectors have been addressed and tested. 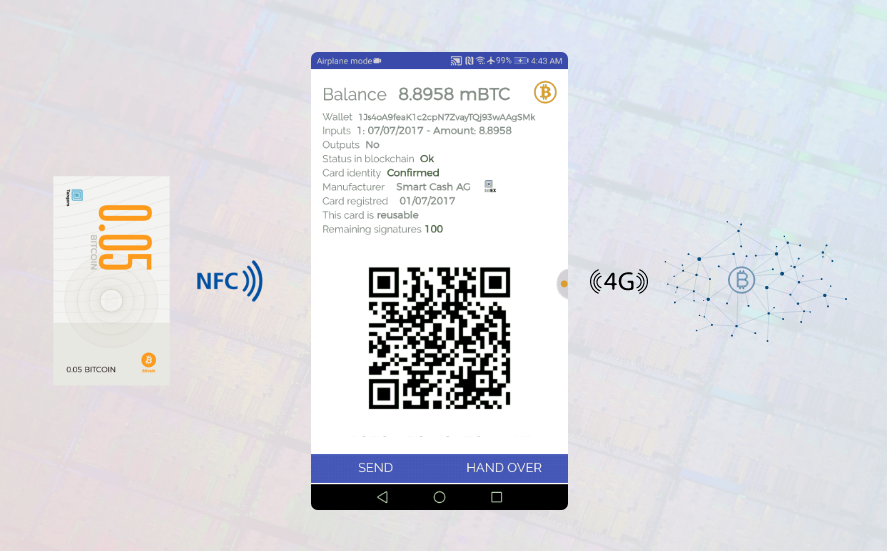 Why do we need it when practically everything is digitized?

Certainly the introduction of smart notes should not be taught to users, as it is similar to fiat money. However, with digital currencies, a user needs to have an account in an exchange and must also know how the technology works. This is just a simple way to use cryptocurrencies.

In addition, the introduction of smart banknotes could lead more users around the world to accept and adopt digital currencies.

There are multiple applications where it could be used as loyalty cards, ticketing and gift cards.

The next goal of the Tangem team in addition to the production, is to focus on the distribution of banknotes. They are a new way of linking the physical and the digital, something that had never been done before. Intrinsically, they consider that digital files are easy to copy, and this technology guarantees total security against attacks.