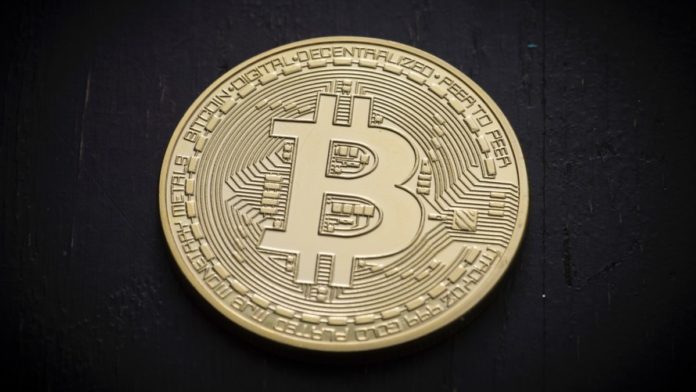 The SEC’s approval and the debut of two Bitcoin ETFs last week was no less than a monumental step towards greater adoption. Leveraging the timing, several firms are now upping the game and attempting to put a creative spin on these funds. But the regulatory entity may not entertain these ambitious follow-ups.

Bitcoin’s [BTC] price appeared to have entered a consolidation phase just days after reaching new all-time highs, an ordinary profit-taking period that is engulfed with uncertainty. As a result, market players are cautious about opening new positions at price levels near record highs. Needless to say, Bitcoin ETFs had a huge role to play in the latest rally but reports are emerging that the regulatory authorities may have turned down a few funds.

According to Bloomberg’s Senior ETF Analyst, Eric Balchunas, the Securities and Exchange Commission has rejected more than one Bitcoin exchange-traded fund proposal this week. One is Valkyrie Investment which recently filed for an ETF offering a 1.25x leveraged to investors in the US. Additionally, the firm would have also held futures, swaps, options, and forwards.

While referring to the alerts from Dow Jones, Balchunas tweeted

Looks like the SEC not having it w the levered (and likely inverse) Bitcoin futures ETFs. Can’t hurt to try tho. Had they gone through likely billion dollar trading vehicles in a few yrs. via Dow Jones pic.twitter.com/MspMRf3hL9

“Looks like the SEC not having it w the levered (and likely inverse) Bitcoin futures ETFs. Can’t hurt to try tho. Had they gone through likely billion-dollar trading vehicles in a few yrs. via Dow Jones. Would be interesting (and poss) if they let the Inverse one go through. That one was limited to futures. Valkyrie’s was a bit of a departure from that language.” 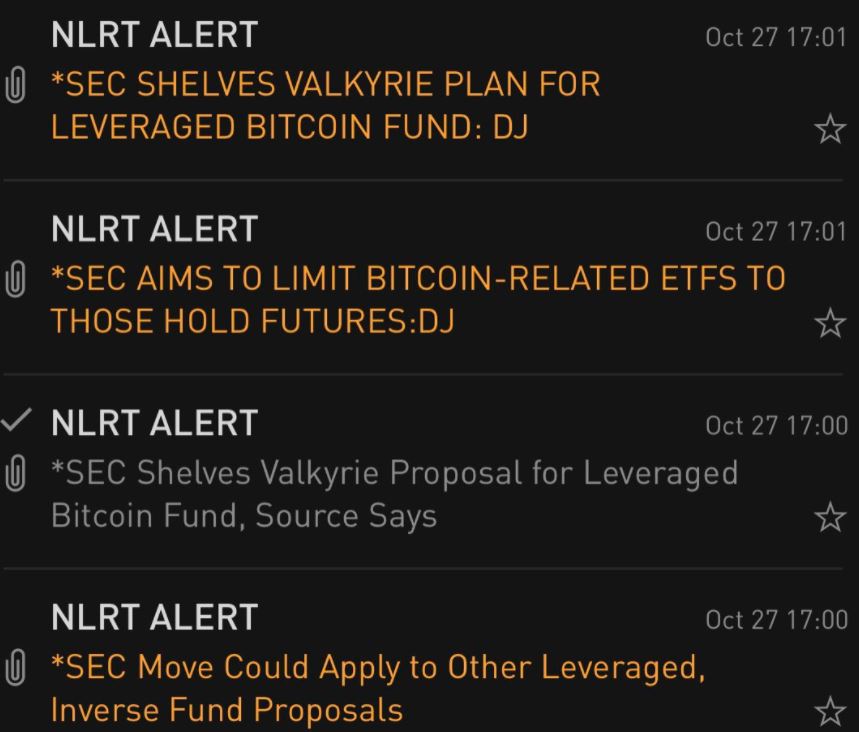 The news comes after ETF issuer Direxion’s filings with the SEC reveal its plans to short the price of a bitcoin futures contract. As per the official edict, the ‘Direxion Bitcoin Strategy Bear’ exchange-traded fund would offer managed short exposure to Chicago Mercantile Exchange [CME] Bitcoin futures contracts.

The arrival of these instruments’ approval has been speculated to open up a new level of access for institutional investors and officially cement the flagship crypto asset’s “mainstream” status. It wouldn’t be wrong to say that these new options have somewhat changed the structure of the market. But it took years for the SEC to give a green light to these investment vehicles. Hence, it is unlikely that the entity will loosen its grip shortly and bless anything but regular futures-based ETFs.

For now, it’s just baby steps for the SEC.