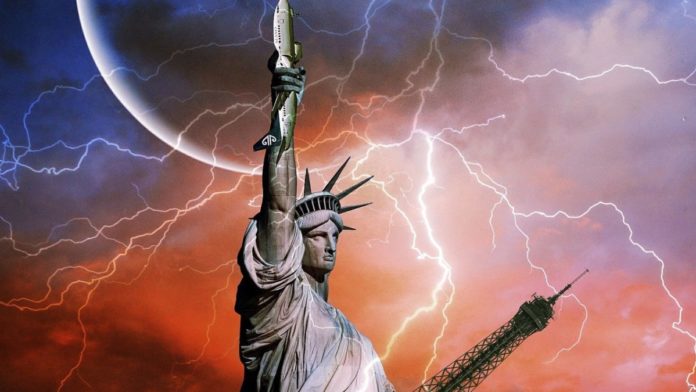 Tuesday was a historic day for Bitcoin [BTC]. The highly-anticipated Bitcoin Futures ETF went on to generate an astonishing $1 billion in volume on BITO after over 24 million shares traded on its the very first day.

This was a big milestone for the industry as the US Securities and Exchange Commission [SEC] finally approved the Bitcoin futures fund last week. It commenced trading on the New York Stock Exchange [NYSE] on the 19th of October at an opening price of $40.88.

But the debut was not short of controversy. Many speculated that a futures-based ETF could potentially deviate from the spot price of the crypto-asset. ProShares’ head of investment strategy, Simeon Hyman, on the other hand, thinks other wise. The exec stated that the product will actually be a better place for price discovery.

After Proshares, next in line are Invesco, VanEck, Valkyrie and Galaxy Digital.

#Bitcoin made a new all-time high vs the EURO! 🚀 pic.twitter.com/xloYaiM2Ix

“The fastest ETF to ever get to $1b [naturally]was $GLD in 2004. It did it in 3 days. No one has really come that close since. $BITO has $570m after one day a legit shot to at least tie this DiMaggio-esque feat.”

Call it randomness or not, the impact of the news on Bitcoin has been positive. As a matter of fact, the BTC/EUR trading pair made a new all-time high. The week has been eventful for the king coin, but what’s next? The bullish tone can be seen across the charts as well.

The uptick in trading volume has substantially backed the asset’s uptrend. The Bollinger Bands [BB] also depicted increase in volatility that could aid BTC’s price action.

The MACD also aligned with the bulls. Additionally, the daily Relative Strength Index [RSI] rose above 75 but hasn’t maxed out just yet. Meaning, buyers are likely to see more upside potential and indicator value should accelerate from here.

Bitcoin is currently trading at $64,089 after surging by more than 17% in the past week. The market players are pretty confident that Bitcoin will inevitably cross the $65,000-mark. But the bullish sentiment does not end there. According to popular crypto trader Nicholas Merten, a 250% return could materialize in the most optimistic scenario either in the first quarter or early second quarter of 2022.

Another bullish signal that is the BTC exchange reserve hitting a 3-year low. 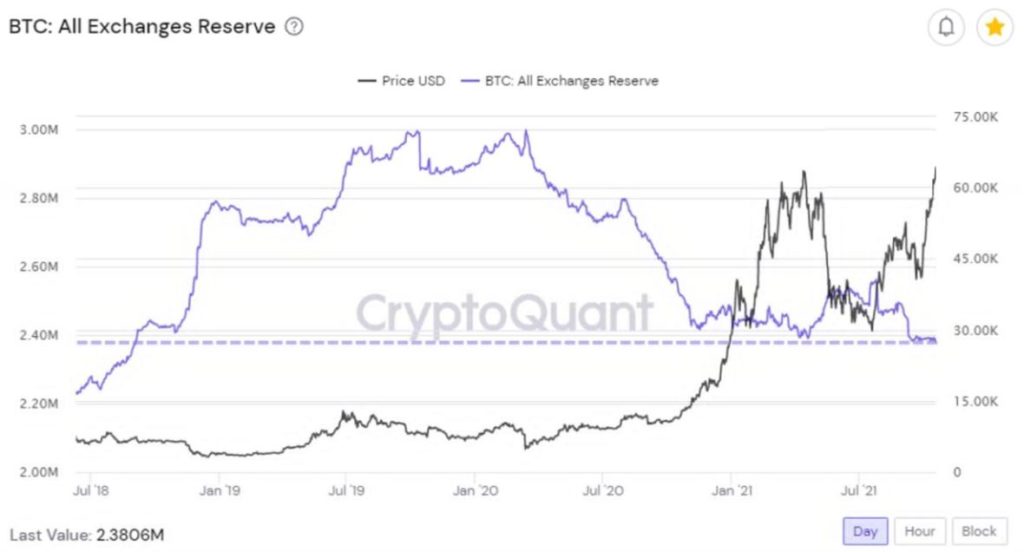 Mariah Carey, the iconic singer just announced partnership with the Winklevoss twins-led cryptocurrency exchange Gemini. Carey’s announcement of investing in Bitcoin via the platform, comes at a time when the asset was closing in on its peak. An exposure to a massive 10 million followers on Instagram does not appear to be a bad thing for Bitcoin.

0
In August, the mining margin of the renowned Bitcoin mining firm, Argo Blockchain fell to 20% due to the increasing gas prices. The cost...
Read more
CryptoNews

0
In regards to its latest Bitcoin exchange-traded fund (ETF) application, VanEck is once again forced to wait for the U.S Securities and Exchange Commission...
Read more
Bitcoin News

0
Bitcoin miners in Texas, including Argo and Riot, have opted to switch off their rigs because of non-supportive weather conditions. As per the weather forecast,...
Read more
Companies

0
Leading crypto investmens company, Grayscale Investments, has announced its intention to sue the Securities and Exchange Commission (SEC) after the US regulator rejected its...
Read more
- Advertisment -
Posting....