SEC launches a website as an example of false ICO 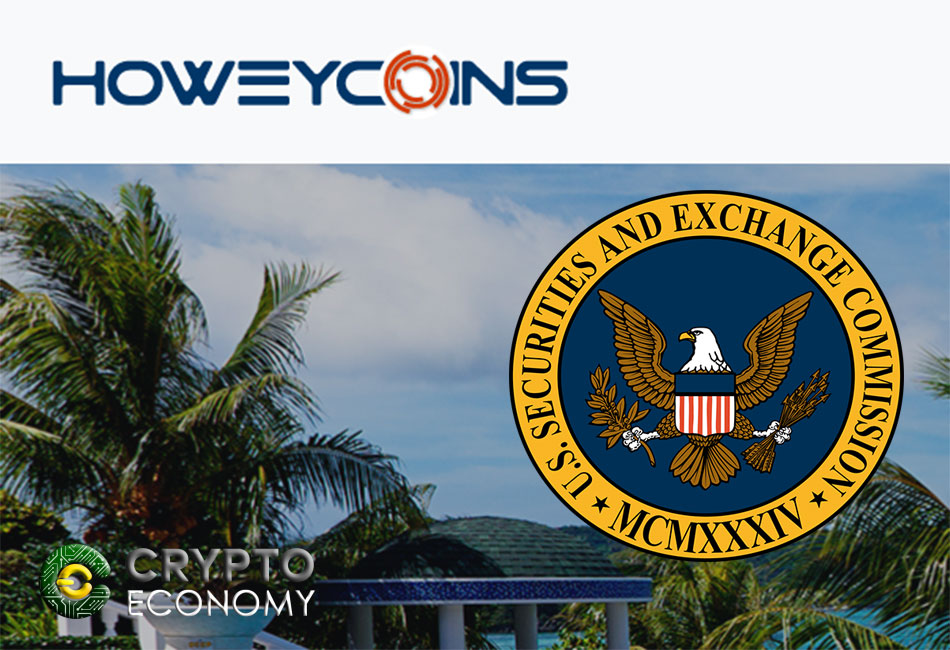 There have been a few “this is scam” ICOs launched specifically to show investors how easy it is to lose money in the cryptocurrency investment space. It may not surprise many who are knowledgeable about this that the SEC’s Office of Investor Education and Advocacy has launched such site. This was made known to the public through a press release on May 16 which says that the intention is to increase awareness on the typical signs that investors should look out for in identifying scams.

The website, Howeycoins.com features all the bits and pieces such as is seen in ICO sites, boasting a whitepaper that promises returns on investment and all the other attractions that scam sites use in deceiving investors such as a countdown timer that creates the impression that time is running out for potential investment in a profitable venture.

A look at the website shows that it has “Pre-ICO Sale Is Live” boldly inscribed as the headline while a visitor would have the impression that the sale would end in 14 days. The whitepaper is a jumble of the usual bogus claims associated with scam ICOs. Investors were asked not to miss the opportunity of investing in the so-called “Howey Travel Network” and may have been aptly captured by the sales copy:

”Combining the two most growth-oriented segments of the digital economy – blockchain technology and travel, HoweyCoin is the newest and only coin offering that captures the magic of coin trading profits AND the excitement and guaranteed returns of the travel industry. HoweyCoins will partner with all segments of the travel industry (air, hotel, car rental, and luxury segments), earning coins you can trade for profit instead of points.” 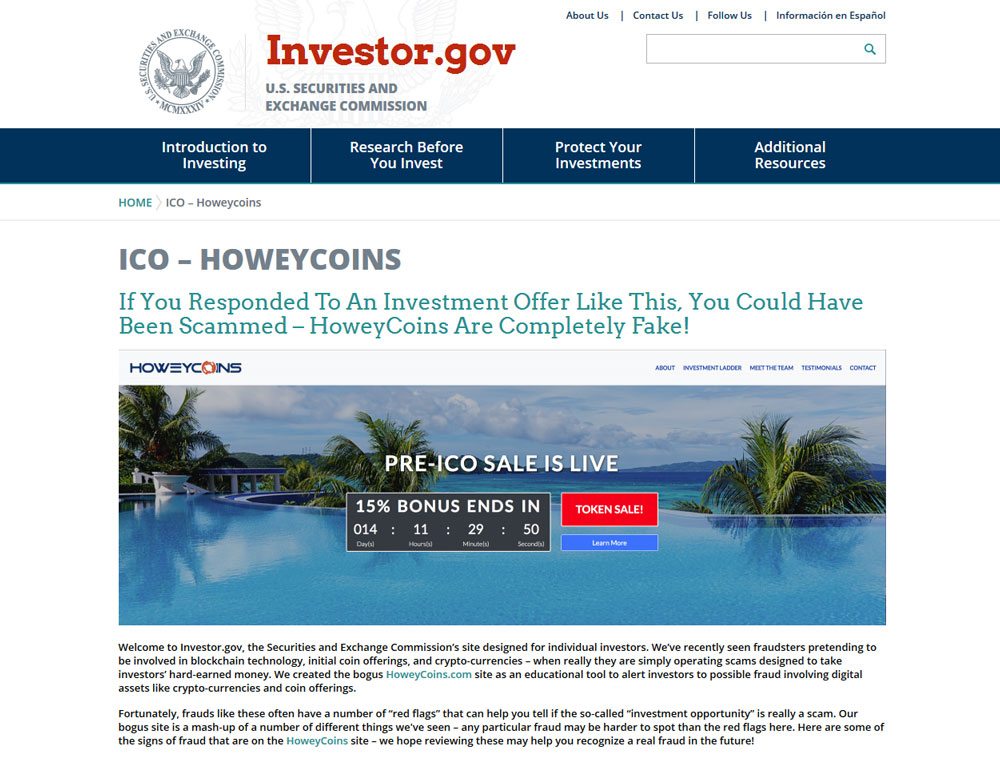 When they click on “Buy Coins Now” visitors to the site are directed to a website established by the SEC to educate investors on the signs to watch out for to avoid scams, www.investor.gov. The scam alert site says ,

“If You Responded To An Investment Offer Like This, You Could Have Been Scammed – HoweyCoins Are Completely Fake!”

The SEC Chairman, Jay Clayton has reiterated that the agency is supportive of the adoption of new technologies but is of the opinion that investors must be educated to know a fraudulent offer when they see it:

“We embrace new technologies, but we also want investors to see what fraud looks like, so we built this educational site with many of the classic warning signs of fraud. Distributed ledger technology can add efficiency to the capital raising process, but promoters and issuers need to make sure they follow the securities laws. I encourage investors to do their diligence and ask questions.” He said.

Owen Donley, the Chief Counsel of the Investor Education and Advocacy said that setting up a phony website is easy and scammers are doing so quickly and with sophistication by trying to convince individual investors with jargons.

Three founders of Centra Tech, a company that raised $32 million last year were formally indicted this week for launching a fraudulent ICO. The company had claimed partnership with VISA and MasterCard during the crowdsale.

0
Stellar Development Foundation, the non-profit payment system behind the Stellar cryptocurrency has something interesting up its sleeves. SDF is now considering the acquisition of the...
Read more
- Advertisment -