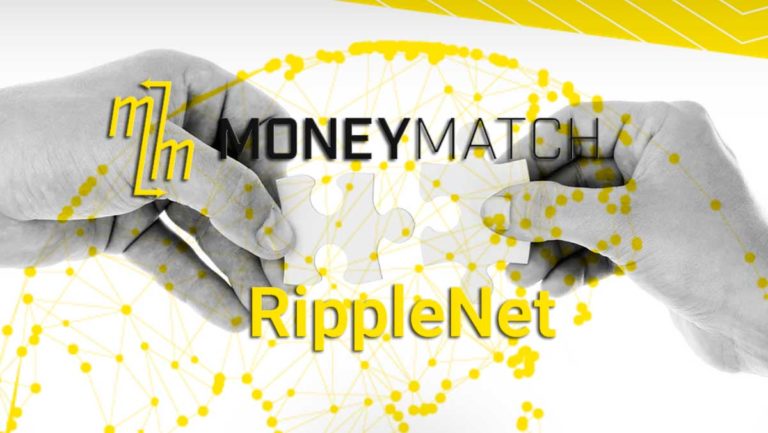 Ripple announced the news in a blog post published on its official website on Wednesday, April 15. Ripple said that this partnership had provided MoneyMatch easy access to hundreds of global RippleNet partners and helped it to provide faster and more affordable service to customers but with less operational costs.

The blog post cites MoneyMatch CEO and co-founder, Adrian Yap, who said that banks were focused on large enterprises that could afford higher fees. This scenario leads SMEs to choose the same expensive transactional cost adding to the cost of dealing with foreign suppliers.

MoneyMatch noted this significant gap in the market and turned to RippleNet to capture this valuable market. Adrian Yap said:

“Our challenge was that we were a small start-up from Malaysia, which is not a top-of-mind market for the rest of the world. We needed to develop relationships with banks and payment providers all over the world but didn’t have the required credibility or transaction volumes.”

Yap went on to say that SMEs are cautious to their money. Despite developing a cost-effecting cross-border payment system, they still had to convince customers to trust the company with their money instead of the traditionally reliable, if expensive, banks.

RippleNet partnership also helped MoneyMatch offer same-day settlement times which, according to MoneyMatch CEO, was appreciated by SMEs that helped them with cash flow management to get better terms from suppliers.

“After joining RippleNet, we were suddenly a credible partner for all these financial institutions and payment providers around the world. A RippleNet introduction is more like a hug than a handshake. We struggled to find a decent European partner and were stuck using the SWIFT system to make payments there. Working with RippleNet partners allowed us to cut our costs by as much as 40% and instead of transactions taking at least two days, we were completing payments in just a few hours.”